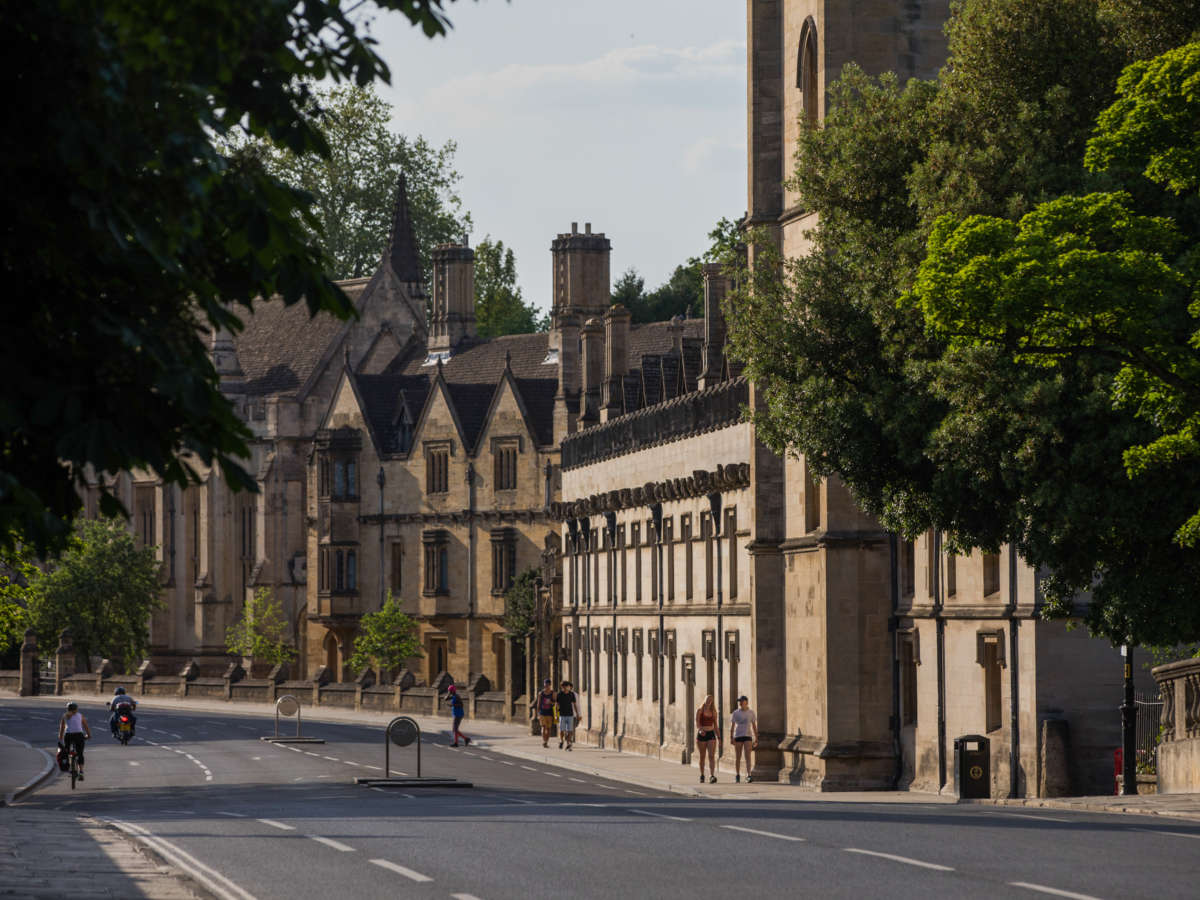 The decision by students at Magdalen College, part of Oxford University, to remove a portrait of Queen Elizabeth II has touched off anger in the U.K. The college is seen here in a photo from last May.
Image credit: Chris Ratcliffe

Queen Elizabeth II’s portrait will no longer hang in a key gathering place at Oxford University’s Magdalen College, after students voted to remove the picture due to concerns about it symbolizing colonialism.

Education Secretary Gavin Williamson sharply criticized the move, calling it “simply absurd,” and saying the queen is “a symbol of what is best about the UK.”

But graduate students who voted Monday to take the portrait down from the college’s Middle Common Room — the center of social life — said that in some students’ eyes, “depictions of the monarch and the British monarchy represent recent colonial history,” according to minutes from the debate reported in local media.

Magdalen College President Dinah Rose says decisions about what to display in the common room is up to the students, not the college. She also noted that it was the student group itself that originally bought the photograph, in 2013.

“Maybe they’ll vote to put it up again, maybe they won’t,” Rose said. “Meanwhile, the photo will be safely stored.”

The vote to remove the photo came less than a week after The Guardian reported that at least through the late 1960s, Buckingham Palace barred “colored immigrants or foreigners” from serving in office roles. The portrait in Magdalen College reportedly dates from that era.

Rose, who is herself a graduate of Magdalen, became the college’s president after a long career as a lawyer, working in areas such as human rights and public law. She hinted that she doesn’t agree with the students’ position — but she also presented a vigorous defense on their behalf.

“Being a student is about more than studying. It’s about exploring and debating ideas,” Rose said.

“It’s sometimes about provoking the older generation. Looks like that isn’t so hard to do these days.”

Indeed, the decision has provoked accusations that a “woke” group of students is effectively trying to cancel the queen. British media are also noting that Magdalen’s middle common room is currently presided over by an American, Matthew Katzman.

Stronger criticisms, and even threats, are arriving through other means. In response, Rose said: “So if you are one of the people currently sending obscene and threatening messages to the College staff, you might consider pausing, and asking yourself whether that is really the best way to show your respect for the Queen.”

Oxford University comprises dozens of colleges, which operate semi-autonomously. Magdalen is on the older side, having been founded in 1458.

Magdalen College’s MCR says it aims to be “a welcoming and vibrant community.”

In a recent unofficial Oxford-wide ranking of the colleges’ middle common rooms governing practices based on their transparency and accountability, Magdalen’s MCR received the third-highest rating.

The controversy has spilled over into Magdalen’s Facebook page — an eventuality that has left some nonplussed. The college has been touting the ongoing Summer Torpids — rowing races in which eight-oared boats try to catch rival boats, and bump them.

Some critics of the portrait decision used the college’s posts about the races to air their disapproval:

“I never thought I could be ashamed of a great college which has been a centre of learning for many years,” one man wrote, saying the tradition “has been tarnished by a set of small minded individuals.”

But another woman commented, “This is a post about rowing – I won’t be watching because it’s not something I’ve ever really understood and it’s not for me. I am not however outraged by this post. Wonder if there’s something wrong with me?”