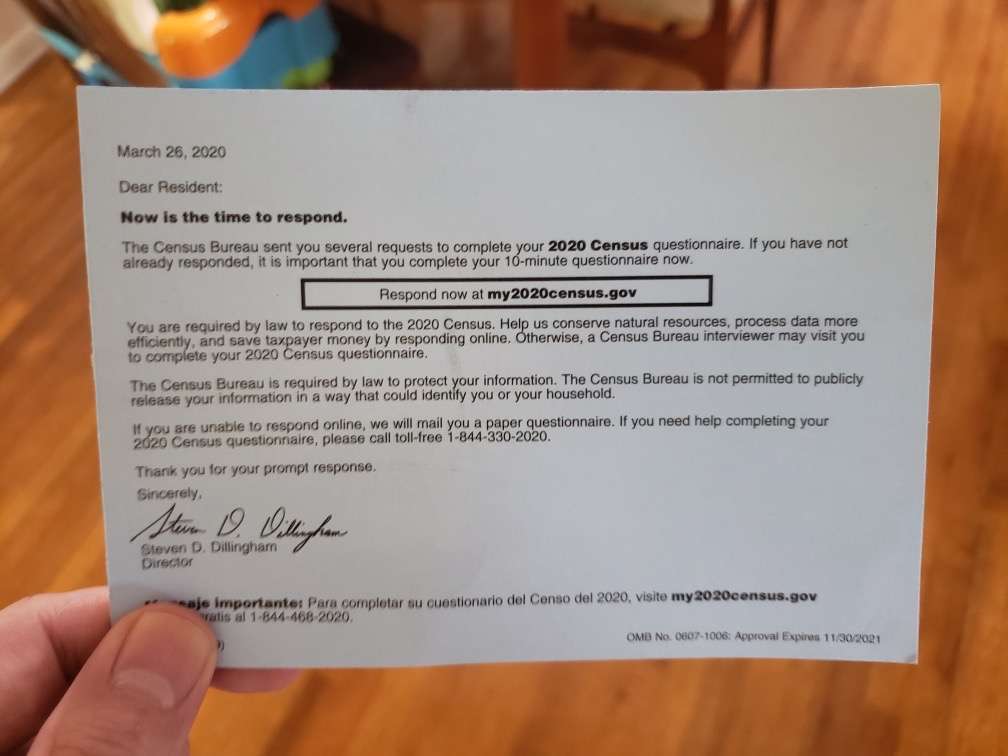 Central Florida officials are encouraging residents to use time spent sheltering in place to fill out their census form. The United States Census Bureau has suspended field operations until April 15 because of coronavirus, but people can still be counted.

The best way to show the power and strength of the Latino community this year is through your participation in the #2020Census. More than $800B is at stake if we’re undercounted. Go to https://t.co/DOAoJE0MKT to participate. Stand up. Be counted. #TodosContamos pic.twitter.com/3gdBOsutxf

Hispanic Federation Florida Director Yanidsi Velez says even though census workers aren’t going around door-to-door collecting forms because of coronavirus, people can still participate in the census by submitting their forms online.

She says it’s one of the few ways people can give back to their community during social distancing as the count is used to determine Congressional representation and federal funding for local assistance programs.

“For the next ten years, we will depend on the data that is collected for our children, for our elderly, and for everyone in the state.”

Velez says when people fill out the census questionnaire, they won’t be asked about their citizenship status as the U.S. Supreme Court ruled against adding this item. And she says any  information they reveal about themselves or their household is confidential for 72 years.

Orange County Complete Count Committee Chair Melvin Pittman says the committee will continue to work with community leaders to call, text, advertise, and even use social media to educate people about the importance of the census.

Pittman says people won’t participate if they don’t know how it applies to them. He says he tells people that funding for programs like HeadStart and free and reduced lunch programs are in the balance. Plus, he says it only takes five minutes to submit a form online.

“It’s only nine questions, very simple, straightforward, and it takes little to no time. We’re just encouraging folks to just take a few minutes out of your day and fill it out.”

The U.S. Census Bureau will collect in-person, mail, and online forms through July 31. The count is mandated every ten years by the U.S. Constitution and takes place in every community throughout the United States and five U.S. territories.

A friendly reminder: Today is #CensusDay. The 2020 Census can be completed without leaving home. Submit online, over the phone, or by mail.

Census collection began in January in native communities in Alaska. People who don’t submit their forms could face a fine.