Stressed out about climate change? 4 ways to tackle both the feelings and the issues 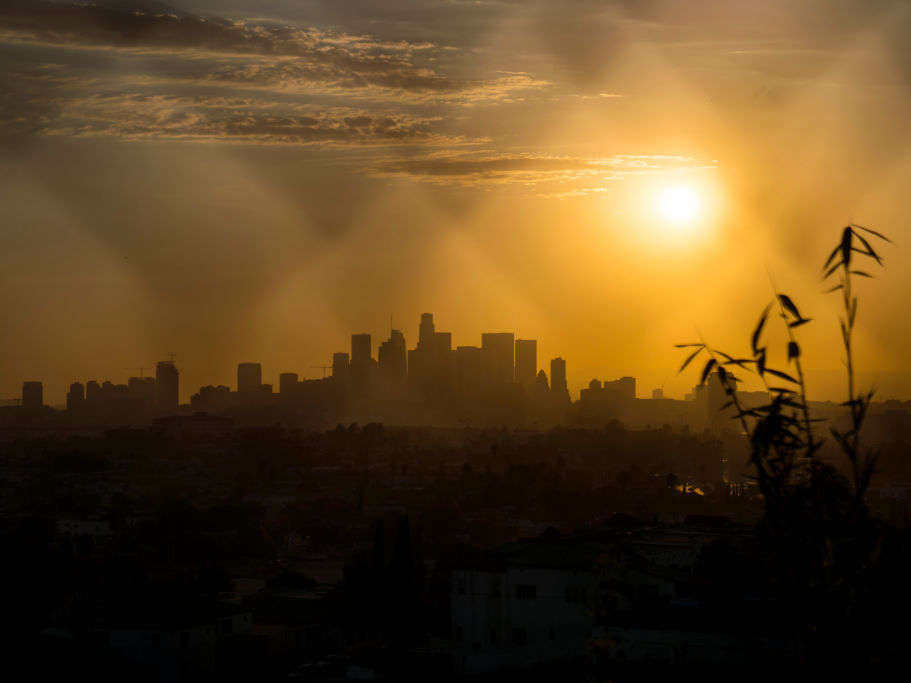 A heat wave is smothering much of the Western region including Los Angeles. Worrisome weather trends like this can contribute to climate stress.

The COVID pandemic has been a time of enormous suffering. According to the World Health Organization, the prevalence of depression and anxiety increased 25% globally during the first year of the pandemic. We are bruised and vulnerable, struggling to right ourselves after a tumultuous two and a half years.

But the daily reminders of global warming, including extreme heat, water rationing and parched landscapes, are threatening to worsen the situation, and we don’t have medications or vaccines to save us.

Heat itself is associated with mental illness. Mood disorders, anxiety and aggressive behavior have been linked to higher temperatures. A 2019 study published by the National Bureau of Economic Research, found that violent crime in Los Angeles increased by 5.7% on days when temperatures rose above 85 F compared to cooler days.

Authors of a 2018 study in the journal Nature predicted warmer temperatures could lead to as many as 40,000 additional suicides in the U.S. and Mexico by 2050.

“There is a direct link, and mental health and psychosocial well-being will decline as climate change pressures increase,” said Kerry Wangen, a psychiatrist in private practice in Southern California.

Droughts can disrupt food and water supplies and lead to loss of livelihood, which can push families and whole communities into poverty, a risk factor for mental illness. According to a Washington Post analysis, more than 40% of Americans live in a county that experienced an extreme weather event in 2021.

Climate change also leads to the displacement of populations, as parts of the globe become uninhabitable due to sea-level rise, drought and other weather events. The result is more conflict and stress, both of which increase the odds of mental health problems.

The existential fear of climate change is a more pervasive concern, even if it is more subtle and less disabling than mental illnesses triggered by acute events. Fear of global warming leaves many of us feeling hopeless and powerless, dreading what is to come and sensing it is inevitable.

“Although I’ve never had a patient present primarily for climate-related anxiety, it’s common to discover that it’s there alongside other social and societal fears,” said Daniel Hochman, an Austin-based psychiatrist.

A 2020 poll by the American Psychiatric Association found that 67% of Americans are somewhat or extremely anxious about the effects of climate change, and 55% are worried about its impact on their mental health.

According to Hochman, climate anxiety — also referred to as “climate distress,” “climate grief” or “eco-anxiety”— can manifest as dysthymia, in which people are sad for the state of the world, and contribute to generalized anxiety disorder major depressive disorder, panic disorder and insomnia.

For children and young adults, aware that they have the most to lose, the climate crisis is a common source of distress. In a global survey, published in The Lancet in December, nearly 60% of the 16- to 25-year-old respondents reported they were “very” or “extremely” worried about climate change. An additional 25% admitted feeling “moderately” worried. Over 45% said climate change has a negative impact on their daily lives.

What you can do about it

During this summer of record-breaking heat, efforts to combat climate change have seen failure and triumph. On June 30, the U.S. Supreme Court undercut the Environmental Protection Agency’s ability to regulate carbon emissions. Last month, however, Congress passed legislation that will provide nearly $400 billion in tax credits for clean-energy projects to slow global warming.

As we move to address the palpable effects of climate change, we’d do well to follow the WHO’s recommendations to include mental-health and psychosocial support. We also need to boost funding for mental health and climate-change mitigation.

Bob Doppelt, coordinator of the International Transformational Resilience Coalition and author of the forthcoming book Preventing and Healing Climate Traumas: A Guide to Building Resilience and Hope in Communities, laments the inadequacies of our “crisis- and illness-focused” mental health, social service and disaster-response systems.

To address the “climate mega-emergency,” he calls for a public health approach to prevent and heal trauma and is working on federal legislation to support community mental health and resilience.

For those, like me, who often stare at the weather forecast with a sense of doom, Wangen recommends channeling our concern into positive change. Here are a few ideas:

“Find ways to do something, however small, to make an impact locally and/or on a bigger scale,” Wangen said. Increase stress-reduction practices, such as meditation and prayer, and focus “on the present day to keep perspective in the here and now where change can be made, and life can be lived.”

2) Focus on small signs of progress

Doppelt encourages people to “get engaged in an existing neighborhood or community-based coalition or join with friends and colleagues to form a new one that strengthens the entire population’s capacity for mental wellness and transformational resilience for accumulating adversities.” Small signs of progress, he said, help create a sense of hope.

Other innovative strategies for addressing personal eco-anxiety include attending a Climate Café, which encourages climate conversations and political engagement. The Good Grief Network is another option that seeks to build resilience and encourages meaningful action.

Hochman also reminds us to get some perspective. Compared to 30 years ago, extreme poverty and famine are lower, he points out. Prior to the pandemic, life expectancy hit an all-time high. Energy and clean water are more accessible.

“Despite climate change, this is by far the safest and best time to live,” he said.

This story was produced by Public Health Watch.