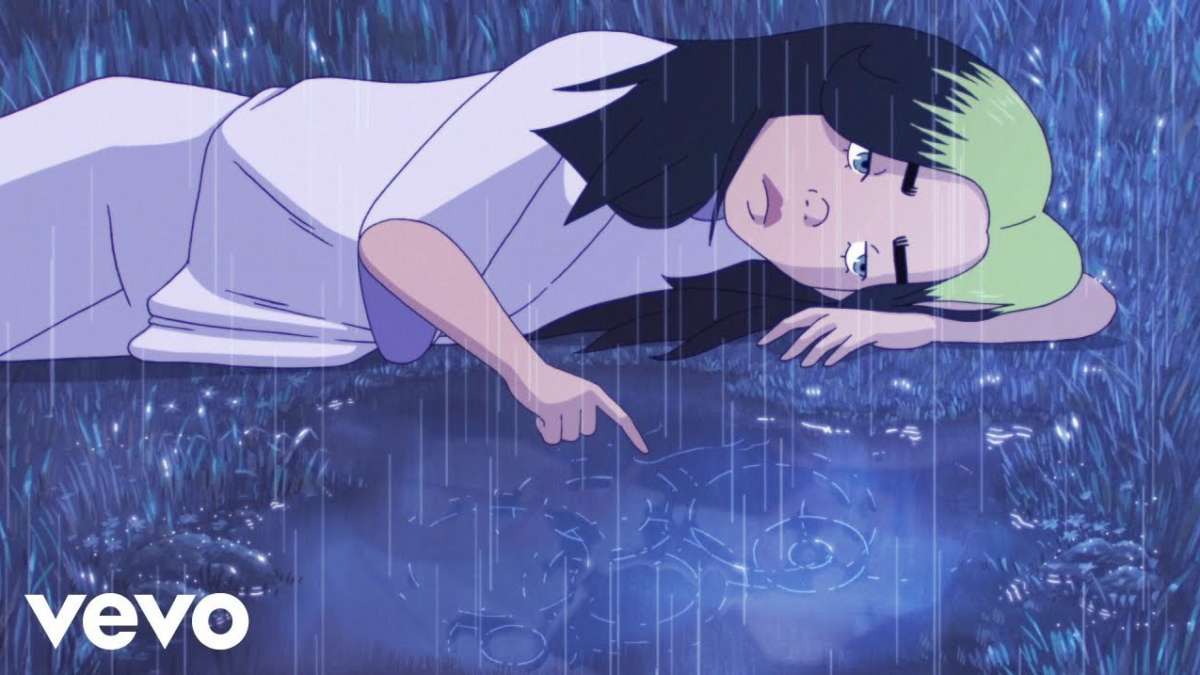 A still from Billie Eilish's video for "my future"

If anyone could take her career to the next level during lockdown, it’s Billie Eilish. The Los Angeles wunderkind attained superstardom, after all, with an album she made at home with her brother and producer Finneas. She’d go on to prove herself on arena stages and at awards shows, but Eilish is a spirit of the threshold, making very private music that appeals to millions, and she does it again with the sophisticated, sweet single “My Future,” released tonight.

Over some simple chord changes from a vintage soft synth, Eilish begins the song in a quiet, museful mode. This is AMSR Billie — but also jazz Billie, moving beyond teen stardom to stand in satin alongside vocal stylists like Jorja Smith and Corinne Bailey Rae – skilled and serious artists as interested in the history of the chanteuse as they are in current trends. There are even shades of the universal appeal achieved, in her best songs, by Adele.

The sound is subdued, but the lyrics and her artful delivery take very Eilishian giant steps. Chiding a narcissistic companion, the singer resolves to partner with a being (presence? realm?) that really loves her: the future itself, decidedly cast as feminine. “I can’t wait to meet her,” she murmurs. “I’m in love, but not with anybody else.” As the beat kicks in with a slight turn toward the bossa nova, Eilish’s voice loses its hiccup-y whisper, growing sure and smooth. Finneas’ backing vocals support her steps into freedom: “You’re so handsome,” she sings to her bad beau, “but I know better than to drive you home.” The song ends back in the private realm of voice and keyboard: “I’ll see you in a couple years,” she dreamily pronounces.

Eilish represents a generation now spending a significant youthful moment in quarantine – mostly with family members, often online, but crucially, also in solitude. “My Future” offers encouragement for those young fans. It’s OK to focus on yourself, she says, you’ll grow. The lyric video by Australian animator Andrew Onorato casts Eilish as a fairy tale heroine wrapped up in a beanstalk lifting her toward the stars. Like the song, it dwells within the magic cultivated by an autonomous young woman who’s ready to claim her future as it comes.