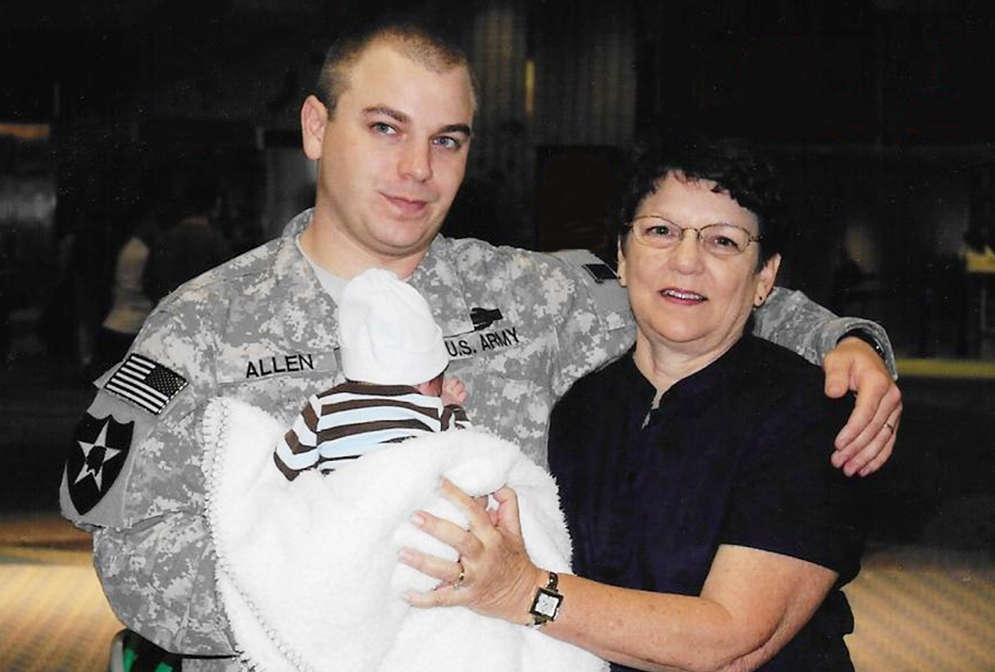 Cathy Sprigg with her son, Army Spc. Robert Joseph Allen, at Tampa International Airport in 2010. At the time, Allen was headed back to Iraq after being on leave for the birth of his son.

This episode of StoryCorps originally aired in 2018.

When Army Spc. Robert Joseph Allen returned from a yearlong deployment in Iraq, his mother, Cathy Sprigg, was glad he was home safe.

Until she realized that he wasn’t. Sprigg said that her son — who once saw life with “his cup half full” — was now tormented by nightmares and the painful experiences he witnessed overseas.

Particularly when it comes to honoring veterans on Memorial Day, Sprigg said she feels her son’s sacrifice is not viewed in the same way as that of fellow fallen soldiers who did not die by suicide.

“I feel like he’s not looked at as a hero because his wounds weren’t immediate and they weren’t physical,” she said. “Aside from losing my son, that’s probably one of the most painful things.”