StoryCorps: ‘Life Is A Party. Enjoy It.” Remembering An Older Brother Lost To COVID-19 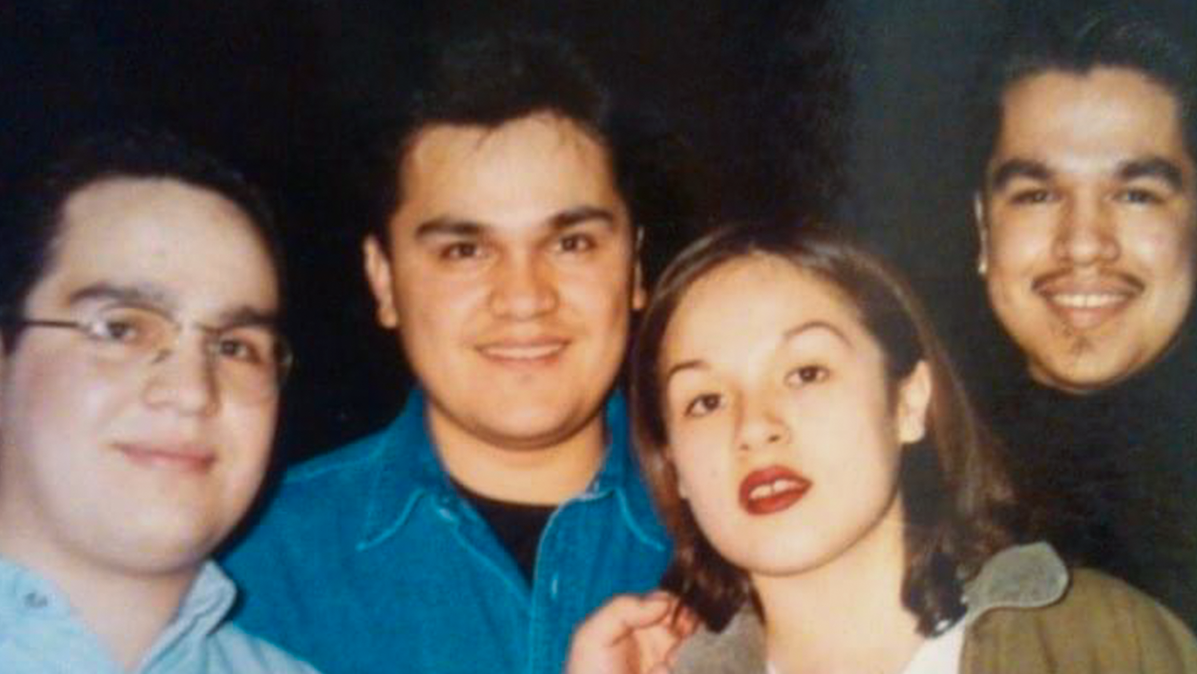 The Valdivia siblings, from left to right: Eliseo Jr., Mauricio, Jessica and Jorge. Mauricio died of COVID-19 complications in April at age 52.

This weekend marks one year since the first documented COVID-19 death in the United States.

Like so many families, siblings Jorge and Jessica Valdivia lost a loved one to a virus that has killed more than 451,000 Americans. In April, their brother Mauricio died from complications related to COVID-19. He was 52.

Jorge and Jessica, who both live in Chicago, remembered their big brother, the second oldest of the four Valdivia siblings, during a StoryCorps conversation in December.

“There’s always that one person that goes out of their way to say that they love you and they’re proud of you. And in our family, that was Mauri,” said Jorge, 46.

He recalled a vivid moment of Mauricio’s generosity.

“One year, mom and dad had a business venture and it didn’t go very well and we were broke,” he told his sister. “It seemed like we weren’t going to have Christmas gifts that year. And on Christmas Eve, Mauricio showed up with a bunch of gifts for everybody.”

Maricio had saved up money from his job working at a factory.

“That’s the year that I got my very first Transformer,” Jorge said. “I still have him — it was Optimus Prime.”

Jessica, 40, asked her brother about his favorite memory of Mauricio.

Jorge thought of a vulnerable time in his life — when he’d just graduated high school — and how supportive his older brother had been.

“That summer, I started the process of coming out of the closet. Mauricio was the good-looking one that always had all these girls and he was the cool guy in the neighborhood. And I didn’t know how he was going to take it,” he said.

“I remember he came in the kitchen. He’s like, ‘So is it true?’ And I said, ‘Yeah, it’s true.’ He’s like, ‘OK, I just want you to know that I love you and I accept you and if anybody messes with you, you let me know and I will kick their ass.’ ”

That’s just how Jessica remembered her brother, too. “That’s very accurate. That was Mauri,” she said. “I could have been having the worst day, and he somehow knew how to comfort me.”

Due to COVID-19 safety protocols, Jorge and Jessica weren’t able to visit Mauricio in the hospital. When it was clear that their brother would not survive, Eliseo Jr., the eldest sibling, and Jessica came to say goodbye to Mauricio through a glass window.

“To find out that the person who brought so much joy is now fighting for their life in the hospital and you can’t see that person. You can’t tell him that you love him. You can’t hold his hand. All of those things just made it much worse,” Jorge said. “I wish I would’ve told him I loved him more, and that I was proud of him.”

Mauricio knew that, Jessica said — “I know he knew that.”

Her brother’s death has encouraged her to seize the moment: “There’s so much out there that I haven’t done, that I’ve been wanting to do and the time is now,” she said.

“You’re right,” said Jorge. “Mauricio was able to teach us to live in the moment, and you know, life is a party. Enjoy it. That was Mauricio.”

Mauricio Valdivia is survived by his wife and two sons.

Audio produced for Morning Edition by Janmaris Perez. NPR’s Emma Bowman adapted it for the Web.