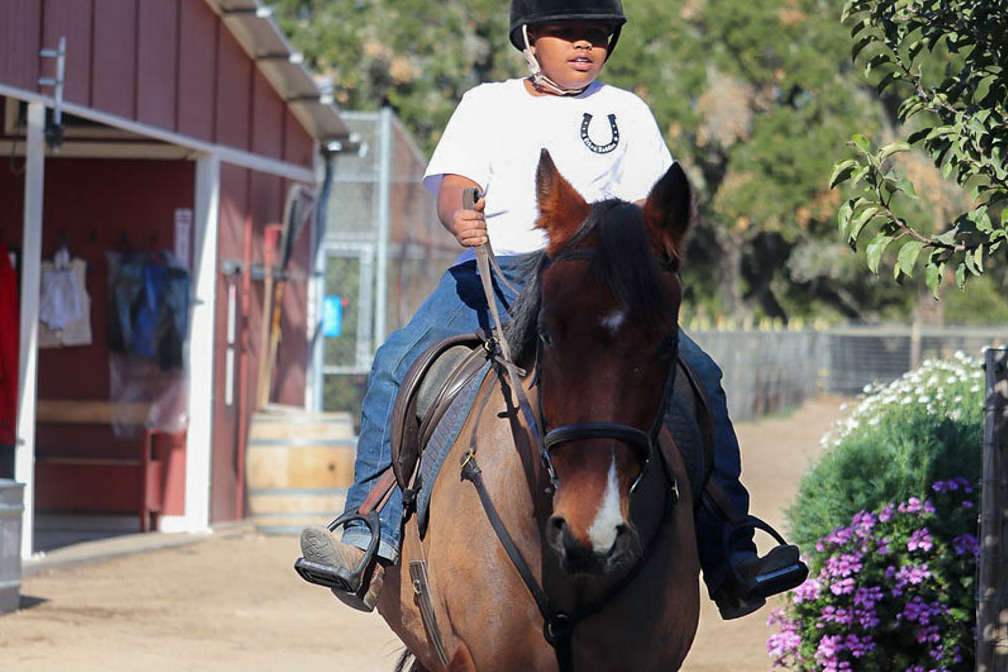 Growing up in the South Central neighborhood of Los Angeles in the 1970s, Ghuan Featherstone only remembers riding a horse once as a child. His parents took him riding at nearby Griffith Park when he was eight years old.

But ever since, he’s been chasing that sense of freedom and power he felt on the horse that day.

“I felt like the Lone Ranger,” he said “I felt like I could conquer anything,” Featherstone, now 51, said in a StoryCorps interview last month with Jordan Humphreys, a 13-year-old horseback rider.

After serving in the Army for eight years, Featherstone remained determined to realize his childhood dream of becoming a cowboy.

When he returned to Los Angeles, he learned to ride at stables known as “The Hill” in Compton. Riders there would hop on their saddles and take their horses into the city streets.

In 2012, a fire burned down The Hill. What had become a refuge for youth was suddenly gone.

Sensing a void after the fire, Featherstone opened his own stables in the nearby city of South Gate. He founded Urban Saddles in 2019 to create a space where he could teach kids like Humphreys to care for and ride horses.

As a Black man, Featherstone is bucking preconceptions. People of color are often excluded from pop culture and historical representations of the cowboy.

His stable has helped keep the cowboy lifestyle alive in the South Central LA. streets.

Humphreys says riding through the streets on horseback has given him a way to connect with others in the community.

“It makes them happy seeing us on a horse and then they be smiling,” he said.

Featherstone said, “I believe that when we come through, we give them a sense of hope.”

He thinks the same goes for the young riders, too.

“My hopes for your future is greatness,” he told Humphreys. “Imagine all of the things you could think about other than thinking about your safety, walking around on the street or going to the store. You could be president.”

If there’s one lesson he hopes to impart to kids, Featherstone said, it’s a respect for all life.