StoryCorps: After His Wife’s Death, A Dad Tells His Daughter That Grief Can Be A Gift 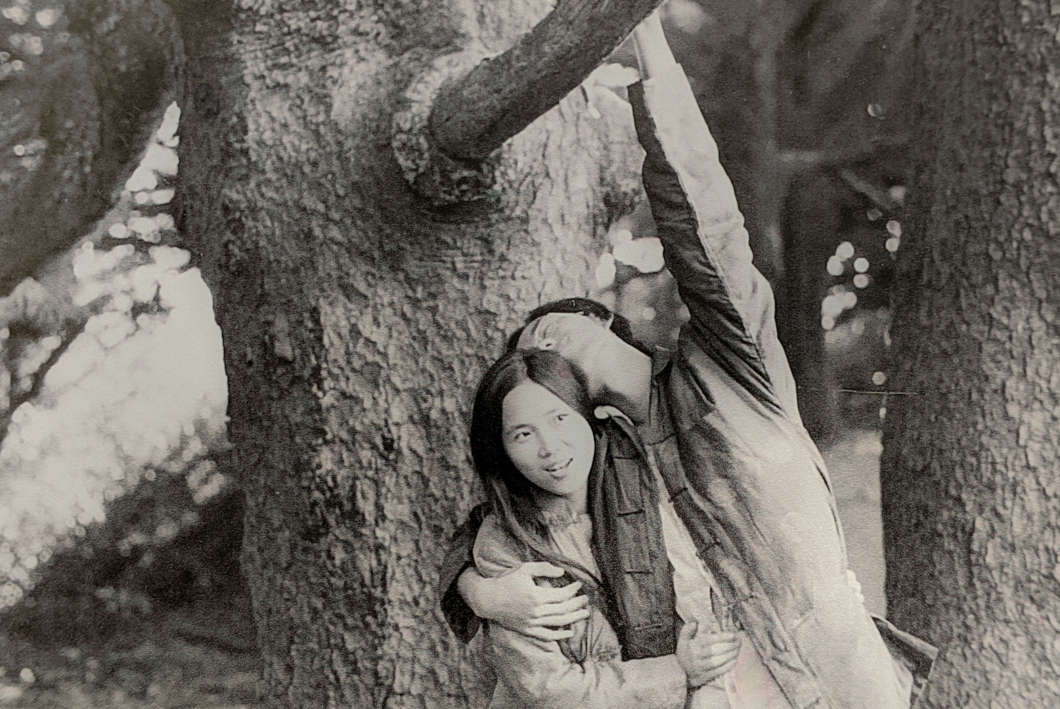 Eddie Chang and his three daughters lost a mother and a wife in E.F. Wen when she died of colon cancer 10 years ago.

They’re still grieving but are comforted when they read her old journals and share stories.

Chang visited StoryCorps in 2017 with his youngest daughter, Tria, now 36, to tell her the story of how he first met her mother.

After finishing his junior year in college in 1969, Eddie spent the week at his friend’s house in Chicago. That visit sparked a romance between Chang and his friend’s older sister, E.F, who was then 23, that would last four decades.

His late wife was willful and independent when she was younger, he said, recalling his first night at the house. She had a risky favor to ask of him.

“She went out with her friend, and they partied and then around 2 in the morning she called and said, ‘Could you get the [car] key from my parents’ bedroom and come and pick us up?’ ” Eddie, 72, told Tria.

Chang had to sneak into her parents’ bedroom while they were sleeping to get the key.

“She didn’t want her parents to know she was out that late, I think,” he said. “So I did that. And she was actually mildly impressed that I was able to do it.”

E.F. and Eddie eventually spent all night talking until sunrise. “I thought, ‘Wow,’ you know, ‘she’s really something special.’ ”

But he also considered her out of his league.

So when he got back to school in Columbus, Ohio, he wrote her a letter. At the time, she was living in Boston.

He checked the mail every day for three weeks until E.F. finally responded. He had almost given up hope when he got her letter. They wound up writing letters back and forth for a year.

“She had her own mind about everything, and it was very unconventional,” he said.

Tria said that her mom’s opinionated nature also came with a lot of charm.

“Yes,” Eddie said. “She had a very infectious smile. Sort of a half-pixie-ish gleeful grin.”

The father and daughter are grateful to look back on her words from years of her journaling.

“She had this gift to write that made it sound like she was talking to you on the page,” Eddie said.

Chang said he laments that he lost the future they had planned together when his wife died.

“One of the things that I think back on a lot is that, when Mama was around we had plans, right? Oh, ‘Let’s go retire in China,’ or something like that,” Eddie said.

For Tria, some pain associated with her mother doesn’t seem to fade with time.

“If I just think about the day she died or how I miss her, I cry immediately,” she said.

Chang told his daughter he’s found comfort through that pain.

“The pain of the grief, that’s also a gift,” he said. “When you stop grieving is when you start losing contact with the person. But as long as you can grieve for her, then she will always feel very close. And so for me, actually, I welcome it. … Because then I feel much closer to her.”