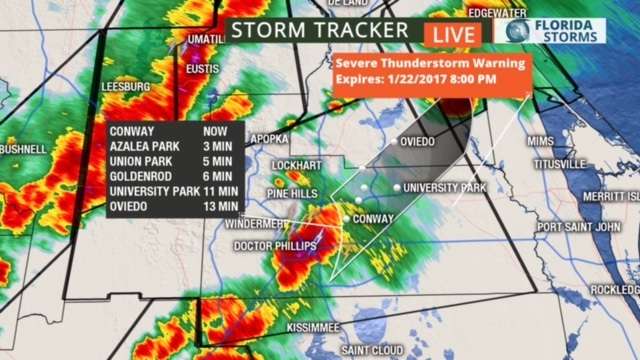 While tens of thousands of Floridians lost power during Sunday night’s storms, residents are breathing a sigh of relief that little damage was done.

Trees brought down power lines and debris littered roads, but by and large little damage was caused by the line of storms that raked across much of the state.

Volusia County Emergency Management Director Jim Judge says there were reports of a funnel cloud near the Daytona speedway, but no reports of a tornado touching down.

“As I went home last night, even though the area I live in got quite a bit of wind and rain, I really saw no branches down, power was on, things didn’t look that bad,” said Judge. “I think we were extremely fortunate.”

The storms brought minor flooding in the panhandle, and hail to parts of central Florida. But they were devastating in other parts of the southern U.S.

Florida Public Radio Emergency Network meteorologist Jeff Huffman says it’s been a long time since a storm of this size and strength moved through Florida. And it’s not easy predict where tornados could land.

“Predicting where a tornado is going to develop is, is like playing golf and trying to hit the hole in the green in one shot. You can’t exactly tell where these tornadoes are going to form but you can highlight generally large areas that will be impacted,” said Huffman. “That’s what we had yesterday and luckily Florida was spared the worst.”