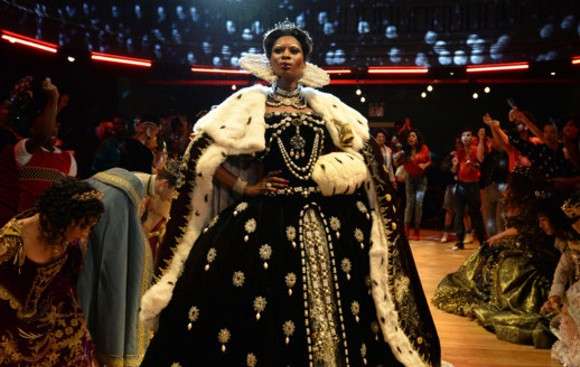 It’s a lesson she learned growing up on the island of Tobago as a little girl who was assigned male at birth. The transgender teen escaped to the United States and lived as an undocumented immigrant. Her family offered to help her become a legal resident as long as she kept her truth a secret. Jackson refused.

The actress and model says, “”My life is not for someone else to accept. … When people told me they were tolerating the LGBTQ+ community, those feelings were coming from a place of privilege and superiority, not from a place of equality.”

Jackson, though, found a real home in underground ballroom culture – much like Elektra Abundance, the character Jackson currently plays on the revolutionary television drama Pose.

Set in late 1980s New York City, the popular FX series follows gay, queer, trans and gender-nonconforming people of color who create the same tight-knit chosen families glorified in the 1990 documentary Paris Is Burning. Pose’s heart and soul is steered by the record number of trans women of color who play leads, including Jackson, Mj Rodriguez and Indya Moore.

Jackson, Rodriguez, Moore and Tony-winning actor Billy Porter are coming to Orlando for Pride Week at the Stonewall Bar on Saturday, as well as the Come Out With Pride parade on the onePULSE Foundation float.

Coming to the City Beautiful is Jackson’s way of paying respect to her sisters who survived the massacre at Pulse and honoring those whose lives were taken.

She says, “We have to show strength. We have to continue to live in our truth.”