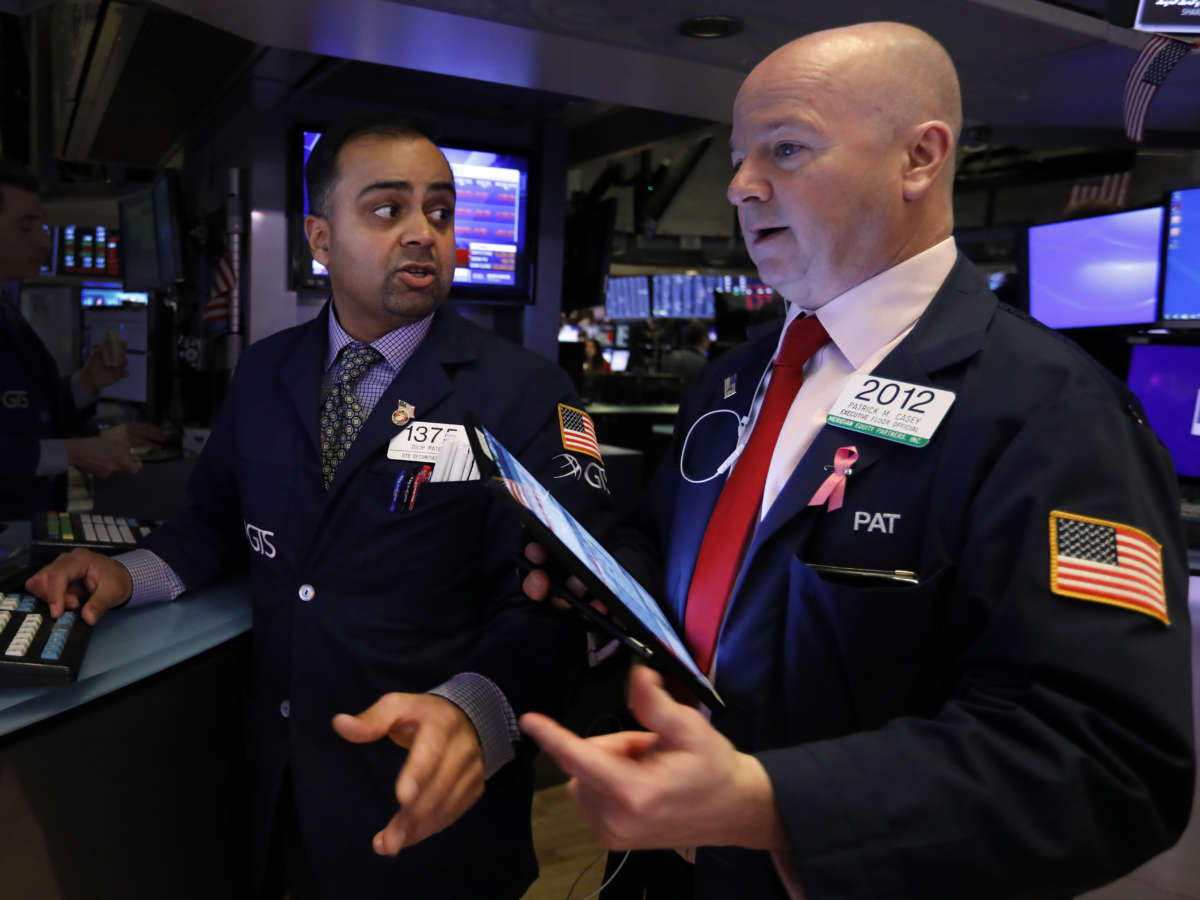 Markets are falling sharply even after the Federal Reserve aggressively cut interest rates to near zero.
Image credit: Richard Drew

U.S. stock indexes were predicted to open down sharply Monday even after the Federal Reserve aggressively cut interest rates to near zero in a bid to stop the economy from crashing. The Dow Jones Industrial Average was expected to drop more than 1,000 points as coronavirus measures rapidly expanded.

Futures trading indicated the Dow and the S&P 500 indexes would open the day down nearly 5%. That follows steep stock-market drops in Europe, where indexes were down as much as 11% Monday.

Government orders to close restaurants and bars in New York City, Los Angeles and Chicago and recommendations to ban groups of more than 50 people were among the latest attempts to stem the spread of the coronavirus.

On Sunday evening, the Fed took the extraordinary move of cutting rates by one percentage point to near zero. The last time it moved them that low was in 2008, during the financial crisis.

“The effects of the coronavirus will weigh on economic activity in the near term and pose risks to the economic outlook,” the Fed said in a statement.

The central bank’s policymaking committee said it “expects to maintain this target range until it is confident that the economy has weathered recent events and is on track to achieve [the Fed’s] maximum employment and price stability goals.”

In cutting its key interest to zero, the Fed has lost a major policy tool — one that it would need if the economy tumbles into recession. But the Fed said it will boost its holdings of Treasurys and other government securities by at least $700 billion. It took similar steps, known as quantitative easing, during the financial crisis.

The Fed said it’s “prepared to use its full range of tools to support the flow of credit to households and businesses.”