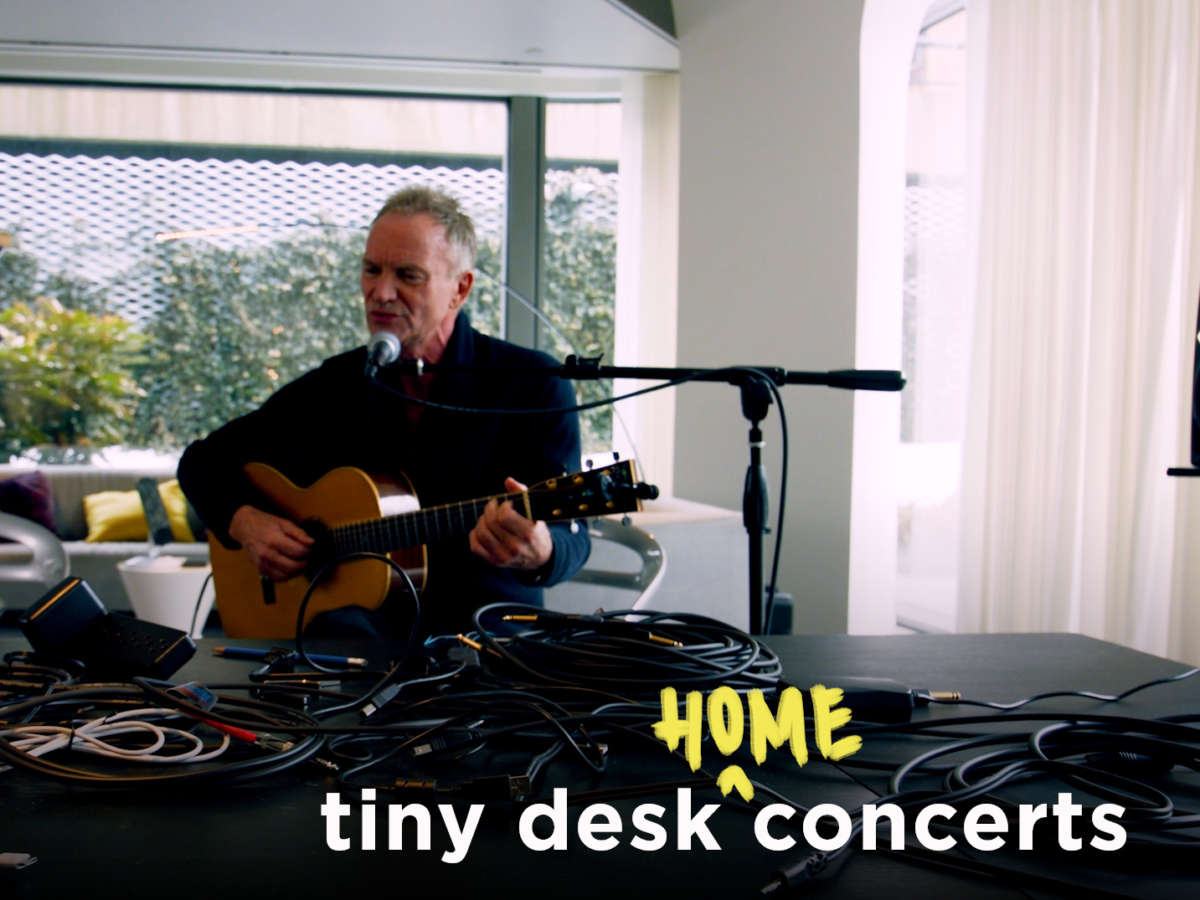 Music icon Sting returns to Tiny Desk with a new collaborator in tow, and the story is heartwarming. During the pandemic, Beninese pop star Shirazee adapted his own rendition of Sting’s classic “Englishman in New York” into “African in New York.” His version made its way to Sting, who loved it so much that he asked Shirazee to lend his voice to his Tiny Desk (home) concert and record for his new Duets album.

Their chemistry feels natural and just as comforting as this long overdue sunshine after a grueling winter. Shot in a lounge in NYC where Sting’s presently recording another album, these two gentlemen share a touching moment between songs, expressing their mutual admiration and discussing the sheer joy about a simple concept – performing in a room together after 12 long months of isolation and virtual collaborations.

As a follow up, Sting jumps into a stunning acoustic performance of “If I Ever Lose My Faith in You,” another one of his many classics. The timbre of his voice conjures a sense of carefree familiarity, reminiscent of times with more levity and peace. His finale, “Sister Moon,” is a gem from his 1987 solo album, Nothing Like the Sun, that rarely gets performed live.