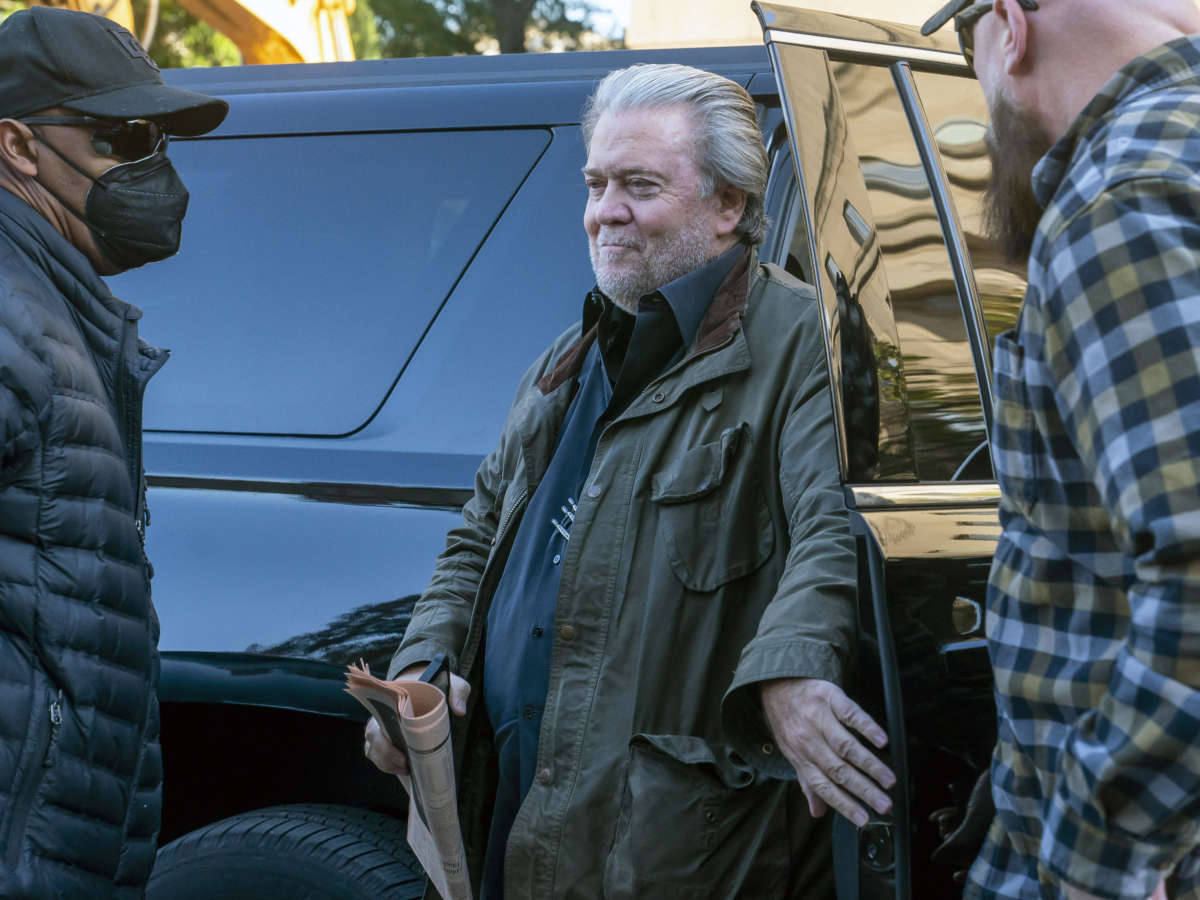 A judge has sentenced former Trump political adviser Steve Bannon to 4 months incarceration and a $6,500 fine for criminal contempt of Congress. The judge says he’s prepared to let Bannon remain free while he appeals his convictions as Bannon is unlikely to flee or pose a danger to the community.

Bannon flouted demands for documents and testimony from the panel investigating the Jan. 6, 2021, attack on the U.S. Capitol. Lawmakers on the House Select Committee wanted to know why he said a day before the siege that “all hell is going to break loose tomorrow.”

Federal prosecutors were seeking what they describe as a “severe” penalty: six months in jail and a fine of $200,000. In court papers earlier this week, they said Bannon pursued “a bad faith strategy of defiance and contempt.”

No one has been incarcerated for contempt of Congress in decades

The Justice Department took the unusual step of listing a series of bombastic and demeaning statements Bannon made about the justice system and lawmakers in their court filing.

He called House Select Committee Chairman Bennie Thompson, D-Miss., “gutless” and said the panel is conducting a “show trial.” Bannon used his podcast, which traffics in conspiracy theories, to target people he considered his political enemies.

Bannon refused to turn over even a single piece of paper to the Jan. 6 committee, and he also refused to cooperate with the probation office in advance of his sentencing, prosecutor J.P. Cooney wrote.

After his indictment last year, Bannon promised reporters, “this is going to be the misdemeanor from hell for Merrick Garland, Nancy Pelosi and Joe Biden.”

Things didn’t turn out that way. Bannon put on no defense during his trial in July and a jury took fewer than three hours to convict him.

Bannon’s lawyers have said a sentence that involves incarceration would be wrong, because he didn’t believe he was breaking the law. Rather, they say, Bannon was following advice from his previous attorney.

“Should a person who has spent a lifetime listening to experts – as a naval officer, investment banker, corporate executive, and Presidential advisor – be jailed for relying on the advice of his lawyers?” wrote Bannon lawyers Evan Corcoran and David Schoen in a court filing.

Bannon had wanted to remain free pending an appeal. And before sentencing, there were some signs that Judge Nichols might buy Bannon’s argument. The judge had expressed concern about a 60-year-old legal precedent that says DOJ only needs to prove Bannon made a deliberate choice not to comply, not that he had an improper motive. No one has been incarcerated for contempt of Congress in several decades.

The Justice Department this year declined to prosecute Mark Meadows, Trump’s chief of staff, and Dan Scavino, a deputy, after prosecutors concluded they had provided some cooperation to congressional investigators.

But former Trump trade adviser Peter Navarro seems headed for trial in November on misdemeanor charges of criminal contempt for stiffing the Jan. 6 panel, too.

Unlike Bannon, who left the White House in 2017 after a rift with former President Trump, Navarro remained working for the administration for years. Navarro is fighting the charges and making legal arguments about Trump’s power to assert executive privilege, and Justice Department memos protecting confidential advice that aides offer to presidents.