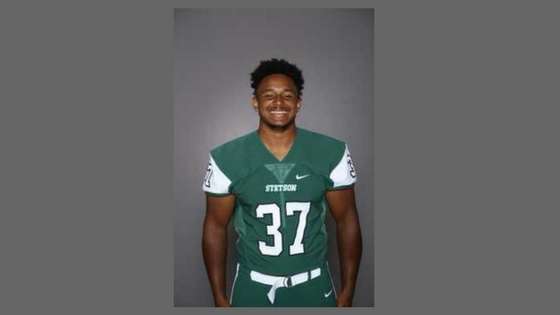 Stetson University is mourning the loss of Nicholas Adam Blakely, who died during practice on Monday.  Blakely was on the sidelines when he complained of feeling unwell and collapsed.

Coach Roger Hughes said there was nothing to indicate Blakely should have been held back from practice. He said coaching staff and EMTs made a heroic effort to save Blakely.

“Care could not have been provided more quickly. EMTs were on the scene in six minutes. Everything was done exactly according to protocol,” said Hughes.

“And when you do everything right and still have a bad outcome, it makes everything worse.”

“So we’re turning our efforts right now to our hurt, our grief, our sorrow. But we’re also looking forward to the future to see how we can honor Nick, and his amazing spirit as we go forward as a team.”

Blakely was a sophomore accounting major from Lawrenceville, Georgia. Blakely did not play last season, and was getting ready for the Hatter’s Season opener at Sacred Heart University in Connecticut this weekend.

Hughes said there was no indication that he should have been held back from practice.

“19 year olds just don’t take a knee and all of a sudden collapse,” said Hughes.

Stetson says counselors have been available for the football team and other students as well.