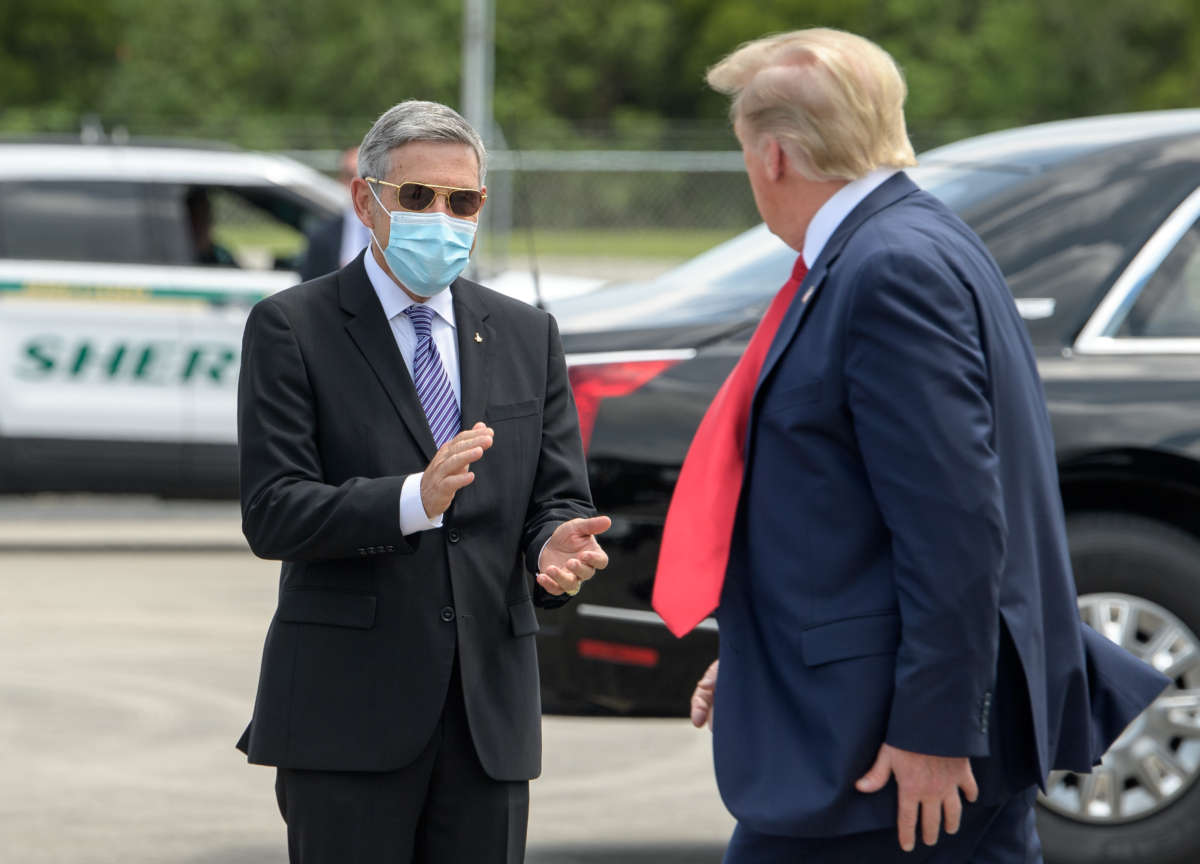 Many states scrambling to update hurricane plans for virus

Officials across the U.S. South are scrambling to adjust their hurricane plans around the coronavirus pandemic. Hurricane season starts Monday.

The Associated Press surveyed dozens of local and state emergency management officials from Texas to Virginia, and more than 60% of them say they’re still working on plans for public hurricane shelters.

One calls an evacuation during the pandemic a nightmare scenario. Academics who study disasters are worried going into the hurricane season.

They say people may want to plan to get by with little government help. But federal emergency management officials say they’re ready and fully funded.

TITUSVILLE, Fla. (AP) — For many spectators along Florida’s Space Coast, the launch of two astronauts into orbit was a welcome accomplishment.

Saturday’s launch also was a reprieve from weeks of dealing with the coronavirus pandemic and economic worries. Many spectators watching  Saturday had been there just days earlier for the first attempt Wednesday, which was scrubbed at the last minute due to the weather.

Because of the coronavirus pandemic, NASA had tried to discourage people from coming for the launch of astronauts Doug Hurley and Bob Behnken to the International Space Station.

The president marveled at the power of the rocket ship and the danger faced by its passengers as they soared into the stratosphere and provided the nation a moment of triumph.

The rocket sailing majestically through the sky was a jarring contrast with violent protests over the death of a black man, George Floyd, in police custody and a rising death toll from the coronavirus outbreak.