State Pot Director: Hemp Permits Likely To Be Issued In January, As Florida Waits On Rulemaking 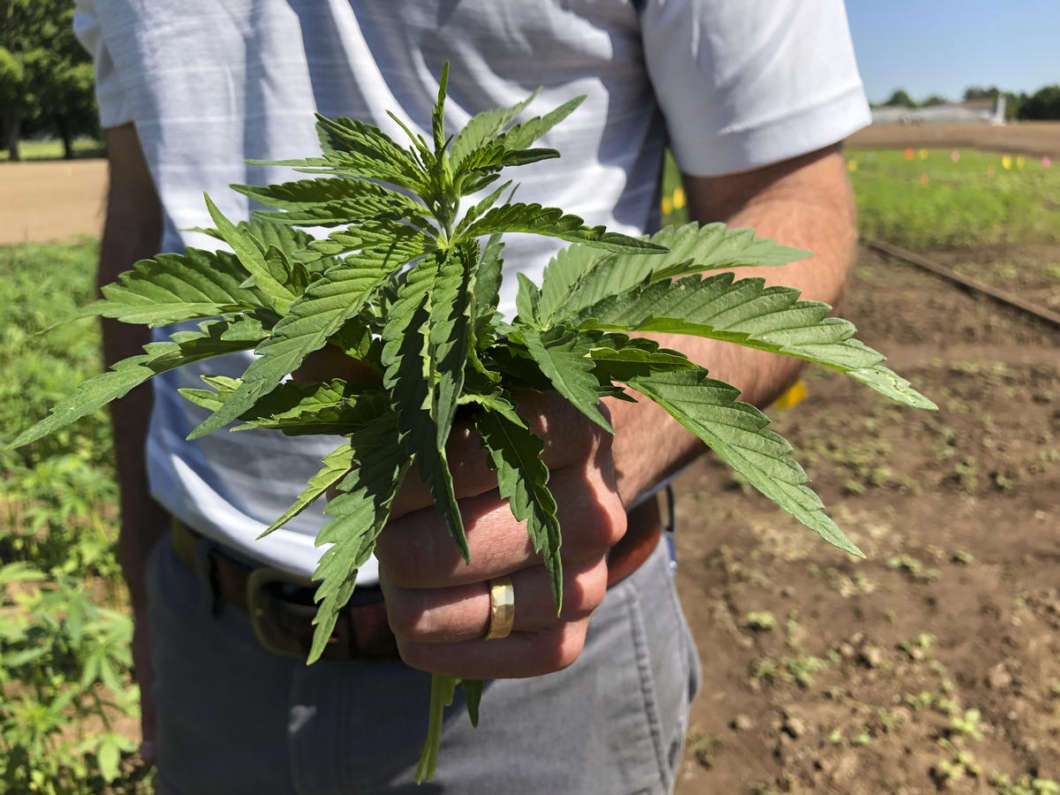 In this Thursday, June 13, 2019, photo, Lloyd Nackley, a plant ecologist with the Oregon State University Extension Service, holds freshly picked tops of hemp plants from one of Oregon State's hemp research stations in Aurora, Ore. A unit of wheat is a called a bushel, and a standard weight of potatoes is called a century. But hemp as a fully legal U.S. agricultural commodity is so new that a unit of hemp seed doesn't yet have a universal name or an agreed-upon quantity. (AP Photo/Gillian Flaccus)

Florida’s Cannabis Director Holly Bell says permits for growing hemp could be issued at the start of the coming year.

“I believe in January of 2020 we could have cultivation permits – and weather permitting … (planting) in the spring, or in southern parts they could probably plant sooner,” Bell told the Senate Agriculture Committee Tuesday.

The state has yet to publish its rules for the newly-legalized hemp industry, but Bell says that will be “coming out shortly.” Florida and other states are still waiting for federal rules from the United States Department of Agriculture.

Bell previously said in May the state could have permits ready by the end of the year. But she says rulemaking at the state and federal level is what’s holding the permitting process up.

“Our team at FDACS is ready to issue permits,” Bell told lawmakers. “We ourselves are ready to go – what I’m waiting for now is the process of the rulemaking.”

Bell says the USDA isn’t reviewing any states’ plans for hemp programs while their rules aren’t solidified. But, she says, the feds are allowing states to proceed if they’ve met certain criteria.

“The farm bill has seven things that we have to comply with, that needs to be in our plan, that the USDA wants you to have. And they’ve sent a signal out that if you have those things in your plan, you’ll be accepted,” Bell said.

The state’s pot czar predicts about 3,000 people will apply for grow permits at the outset, a number she formulated based on interest in other states. Bell says the average farmer grows about 5 to 10 acres. Based on that, she projects Florida hemp, in year one, will be a several million dollar industry and will grow to a hundred million dollar industry in several years.

Senators also heard from Robert Gilbert, dean of research at the University of Florida Institute of Food and Agricultural Sciences. Gilbert runs the Institute’s hemp pilot program. He briefed lawmakers on some of the hemp research UF/IFAS is performing.  Gilbert says researchers are trying to determine if the hemp plant would prove invasive to native plants.

“We need to make sure that as we grow this industry, that we have best management practices for reducing any kind of invasive risk in our natural areas,” Gilbert said, adding that the state already spends millions managing invasive species.

Then, there’s the question of pests and other ailments that could hurt crop yield.

“People make stuff up and say ‘hemp doesn’t need pest and disease control’ – and this is not true,” Gilbert said. “We’ve already seen a lot of different insects and potential diseases on the crop and we need to study those as well.”

Also discussed in the committee meeting, Florida law enforcement may be one step closer to having a field test that can tell the difference between marijuana and hemp. Bell says her office has been working with the Florida Department of Law Enforcement on finding a device that can perform the test on a roadside, without having to be sent to a lab.

“There is a kit that they can buy, that we found that comes out of Switzerland, that is about this big, and is exactly like the previous type of kit that they used,” Bell said. “And it will test for levels of (THC) there on a roadside.”

Bell says each kits costs $6.50. Confusion over testing earlier this year caused some state attorneys to halt prosecution on marijuana possession cases. The U.S. Attorney for Florida’s Northern District has offered to prosecute cases for the state, but says the focus will be on large-scale trafficking offenses.