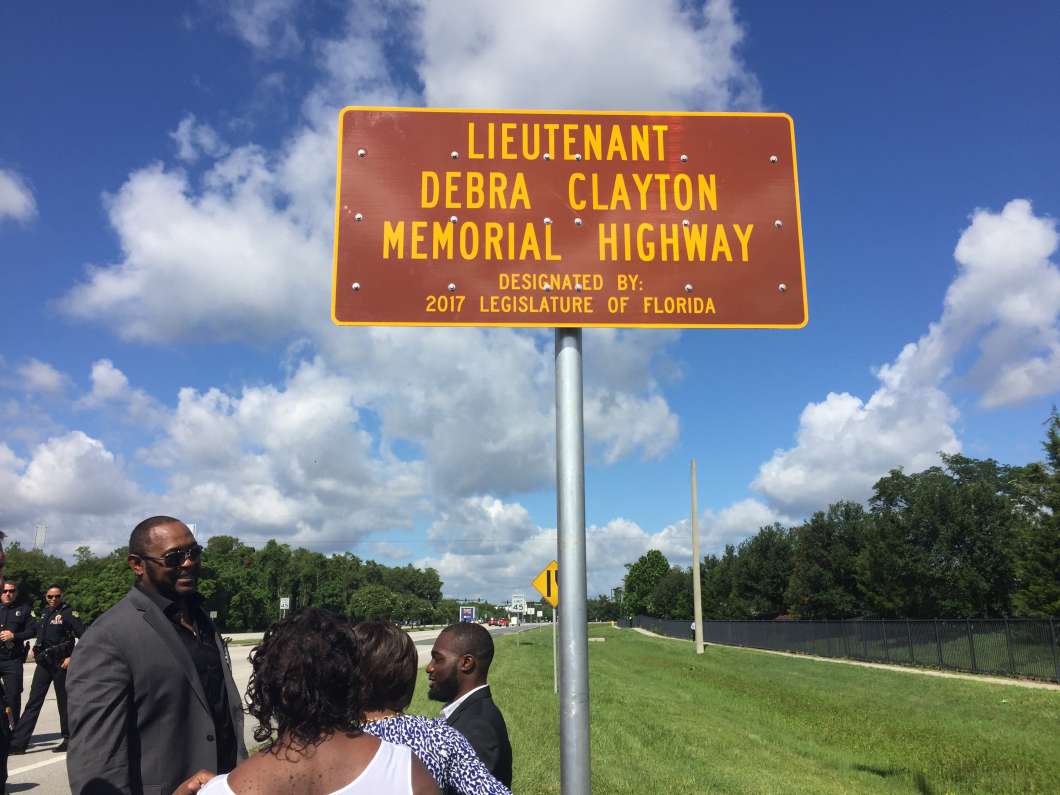 Relatives gather by sign dedicated to Orlando police Lt. Debra Clayton was killed in January 2017 in the line of duty. Photo: Renata Sago.

A stretch of State Road 438 in Orange County is now named after Debra Clayton, the Orlando police lieutenant killed in the line of duty in January. Officials unveiled the new street sign Monday morning on her birthday. It is just feet from the Walmart parking lot where Clayton was killed in pursuit of a murder suspect.

“Her life story’s really bridging the gap between law enforcement and the community,” said Clayton’s aunt Charlotte Woods, who described her as an example of fearless leadership.

“She will never leave us. She will always be in our hearts,” she added.

“This is so very important because it gives the residents—these residents that she protected every day in this community—the opportunity to remember her,” said Orlando Police Chief John Mina.

Lieutenant Debra Clayton would have been 43 years old.

On Wednesday officials will unveil another street sign in Pine Hills along County Road 431. It will be named after Deputy First Class Norman Lewis who also died in pursuit of Loyd.