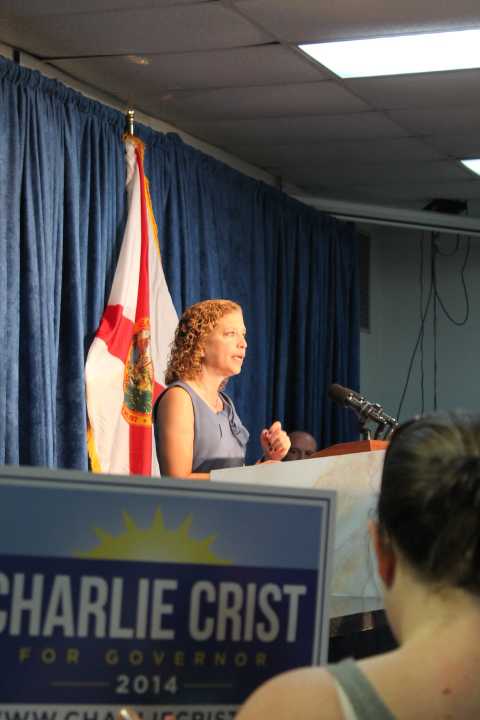 Florida Democrats once divided for primary races are now uniting ahead of November’s general election. All four statewide candidates rallied together in Orlando Thursday.

The highlight was former Senator Nan Rich backing her one-time rival for the Democratic gubernatorial nomination. “Charlie Crist will need all the support that we can give him, and he has mine,” she said.

Rich had campaigned by calling herself “the real Democrat,” but, now, she says the issues that have her backing Crist affect all Floridians, regardless of party.

Crist will need Rich’s 25 percent of primary voters when he faces Republican Governor Rick Scott. Polls show the two neck-and-neck, and Scott is much better funded.

Democratic National Committee Chair Debbie Wasserman-Schultz also came to stump for her fellow Floridians. “Democrats, we are going to join hands. We are going to stand shoulder to shoulder to make sure that we work harder than ever to win this next election,” she said. “We can only defeat Rick Scott and elect Charlie Crist together.”