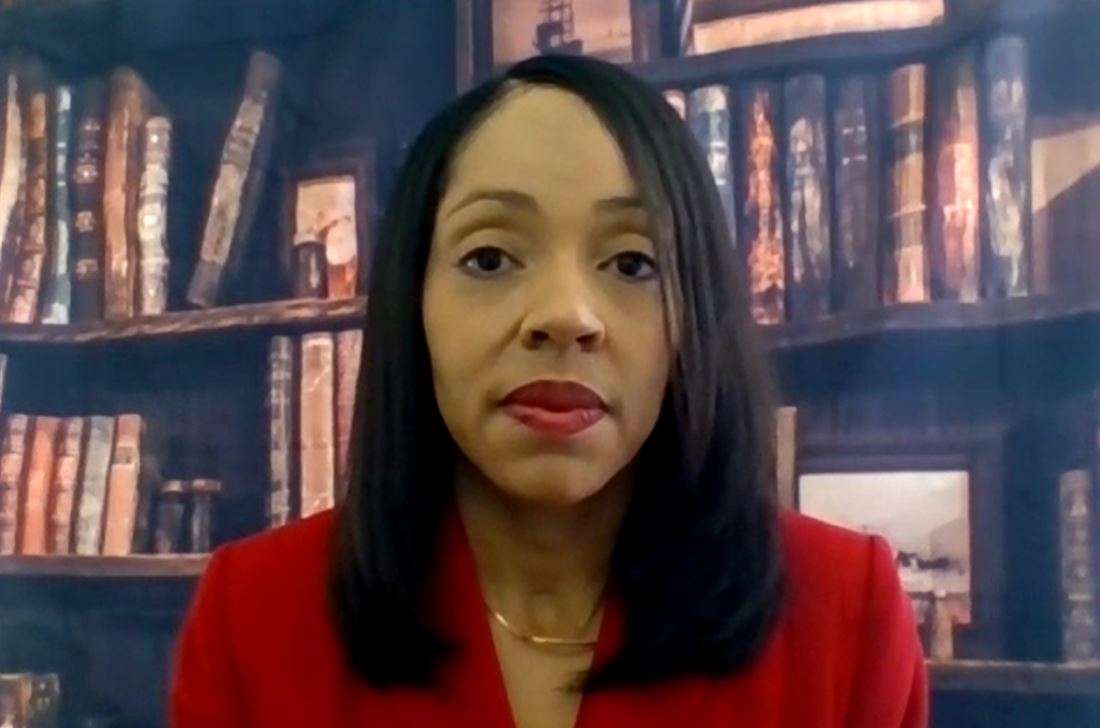 The State Attorney for Orange and Osceola Countes, Aramis Ayala, talks to reporters about the diversion program for resisting arrest without violence. Photo: Zoom screenshot / WMFE

Orange and Osceola County State Attorney Aramis Ayala has introduced a diversion program for people charged with resisting arrest without violence. Ayala said the program will allow her office to focus on prosecuting more serious crimes.

Citing nationwide protests against police violence and systemic racism, Ayala said protesters are being arrested to get them off the streets. She says communities of color are affected more than others.

“We have consistently heard that some members of law enforcement, they use this charge as a weapon when people don’t immediately respond to their commands. Or if they ask too many questions before complying. Or simply if they make an encounter more difficult for the officer,” said Ayala.

She said standalone resisting without violence cases in Orange County disproportionately involve people who are Black or African American.

“Right here in Orange County, over the past year alone, Blacks or African Americans have made up nearly 63% of all standalone resisting cases, even though they only make up 22% of the population,” said Ayala.

“Standalone cases are those in which there is no other criminal activity present,” said Ayala.

Penalties for resisting arrest without violence can include fines up to one thousand dollars and up to one year in jail.

The diversion program includes watching a video about the law and the danger of resisting lawful commands. On completion of the course, the resisting arrest without violence charge will be dropped.

“We will keep our efforts and resources focused on prosecuting serious offenses that threaten public safety, not making the lives of regular people even more difficult by encumbering them with additional emotional trauma, financial stress and other matters that come along with it,” said Ayala.

Ayala said she sent a letter to law enforcement agencies yesterday advising them of the diversion program.

“I was surprised to be informed of this policy change through the media,” said Orange County Sheriff John Mina in a statement to WMFE.

The State Attorney did not confer with me, or other law enforcement leaders I’m aware of, when considering this action. I understand and support the desire for criminal justice reform. But these decisions should be thoughtful, and carefully considered by all members of the law enforcement community and their stakeholders. I am extremely concerned this action will cause confusion in our community. People should know it is still a violation of the law to refuse to follow the instructions of law enforcement.

“We will continue to work with the SAO in our shared mission to ensure the safety of everyone in this community and for just accountability when laws are violated,” said Rolón.

“We’ll see if it gets passed, and if there’s any problems with it. What I can tell you is that right now that law is not effective, however this diversion program is.”