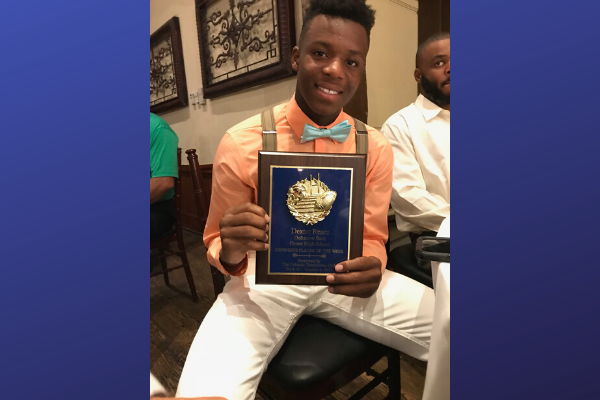 Dexter Rentz in a photo from October 2017, when he was selected as the defensive player of the week by the Orlando Touchdown Club. Photo: Ocoee High School twitter page

Orlando Police say Dexter Rentz Jr. was the only one killed when four people were shot in a crime called in to authorities shortly after 11 p.m.

The Ocoee High School student had signed to be a wide receiver with the University of Louisville in Kentucky.

As a sophomore in 2017, he set a state record when he intercepted five passes in a single game.

In a radio interview last year, he said his goal was to grow as a leader and help other “young guys see that there’s more to it than football.”