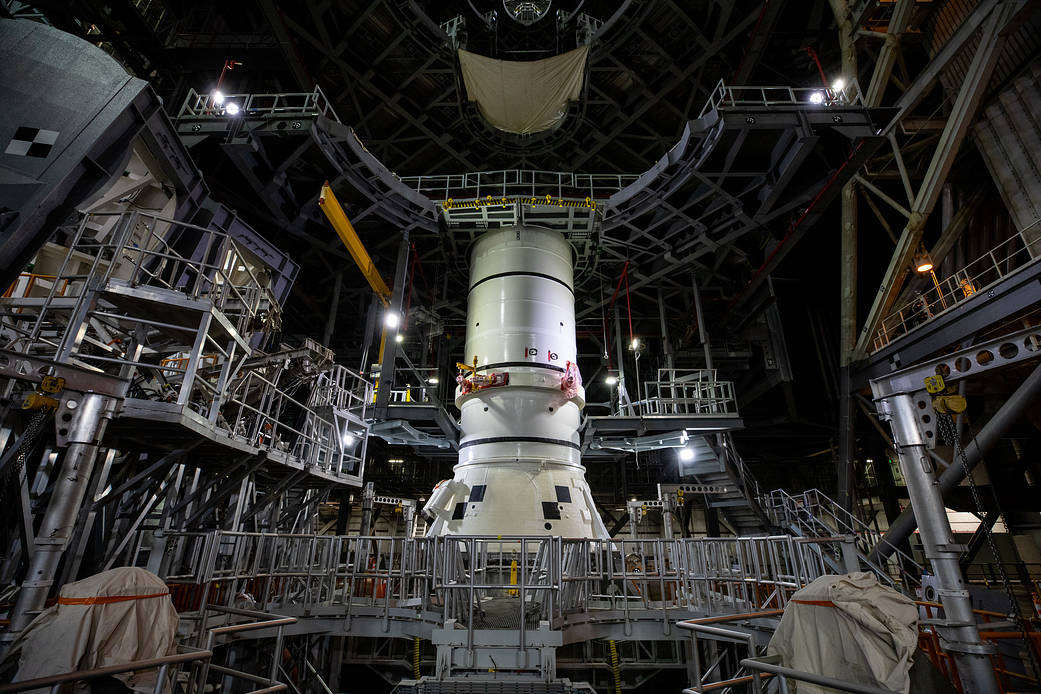 The aft segments of the Space Launch System solid rocket boosters for the Artemis I mission moves from high bay 4 inside the VAB for stacking on the mobile launcher inside high bay 3. Photo: NASA/Cory Huston

NASA is starting to stack it’s next moon rocket at Kennedy Space Center ahead of a planned uncrewed mission late next year.

Crews at KSC are starting to stack the ten segments that make up the SLS rocket’s two solid boosters. Those boosters help give the mega-rocket the thrust it needs to get off the launch pad.

The stacking process is taking place in the Vehicle Assembly Building, with crews building the rocket on top of the pad that will launch it.

The rocket’s center stage, called the core stage booster, is undergoing final tests in Mississippi before shipping to KSC.

This SLS rocket will launch NASA’s Orion spacecraft on an uncrewed mission called Artemis 1, the first of NASA’s moon-shot missions aimed to return humans to the lunar surface.