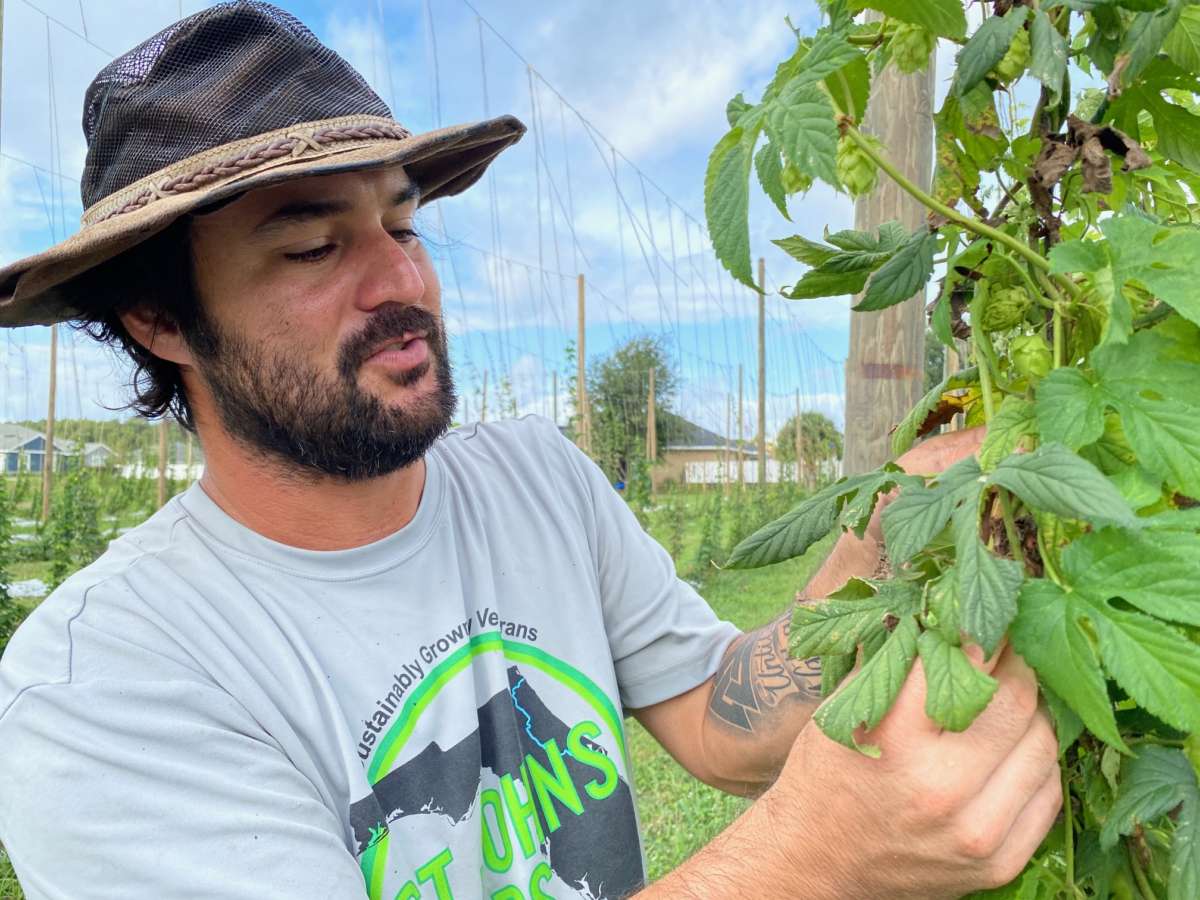 UMATILLA — Sebastien Lajeunesse has found comfort and purpose at a hops and strawberry farm in north Lake County.

And the Mount Dora man is on a mission to help other veterans as well.

He calls this former citrus grove in Umatilla his “veterans healing farm.”

“So what I do,” he said, “is I hire other combat veterans like myself who suffer from PTSD for them to come work at the farm in a therapeutic environment to help cope with their trauma.”

He left military service five years ago and worked for a time as a salesman for a food company. That wasn’t for him.

“I was struggling adapting with the civilian world and also coping with everything I saw and went through while in Afghanistan,” he said.

And he wanted to go to school.

So his father, who runs Agro Research International, hired him part-time to help test his organic products. That’s where Lajeunesse discovered a love for what he calls “horticulture therapy.”

“I realized that all my stress and … and all the demons from Afghanistan just sort of went away and I felt calm and at peace,” he said. “And so that’s when my dream and the idea of a veterans healing farm started to grow.”

He experimented with hops plants, thinking of northern markets, but the vines grew well, and St. Johns Hops was born.

“Our hands were once trained and meant to destroy and kill,” he said. “And now instead they are being used to create life and beauty in the world. And it’s just such a peaceful, beautiful feeling.”

The farm employs two other men, a Vietnam-era vet and Keith Brown, who fought for the U.S. Army in Iraq. The focus on veterans is key for him.

There’s a small pen for chickens, a stand of sunflowers, a friendly black German shepherd roaming about and 23 rows built for hops.

They have telephone poles either end with lines between them and rope after rope hanging 20 feet to the ground. The vines grow up the ropes, and the hops cones hang among the leaves.

Fluttering at the top of the poles are Old Glory, a POW flag and the Marine Corps and other service banners.

Florida can grow quality hops, but the vines here don’t produce anywhere near as much as the yields in the Pacific Northwest, where summer sunlight lasts an hour or two longer.

But Lajeunesse is making a go of it — because Florida’s craft brewers like his product and his mission.

Jesse Robles, brewmaster at American Icon in Vero Beach, was the first.

As soon as Robles heard his story, he was hooked.

“It didn’t hurt that he came by with some hops samples and they were just really great hops, really great quality,” Robles said in a telephone interview.

Robles used the hops in a New England Pale Ale dubbed American Hero. They’ll be selling it again this year around Veterans Day.

American Icon and a few other microbrewers will have booths at the first St. Johns Hops Fest and barbecue Saturday afternoon on the farm, at 40923 Maxwell Road. Lajeunesse says the $10 adult admission will raise money for his new nonprofit called Warriors to Farmers.

He also just wants to bring the community together.

“And with all the craziness that’s going on in the country,” he said, “it’s just a good way just to remind us that, hey, we are one nation, one team, one family.”