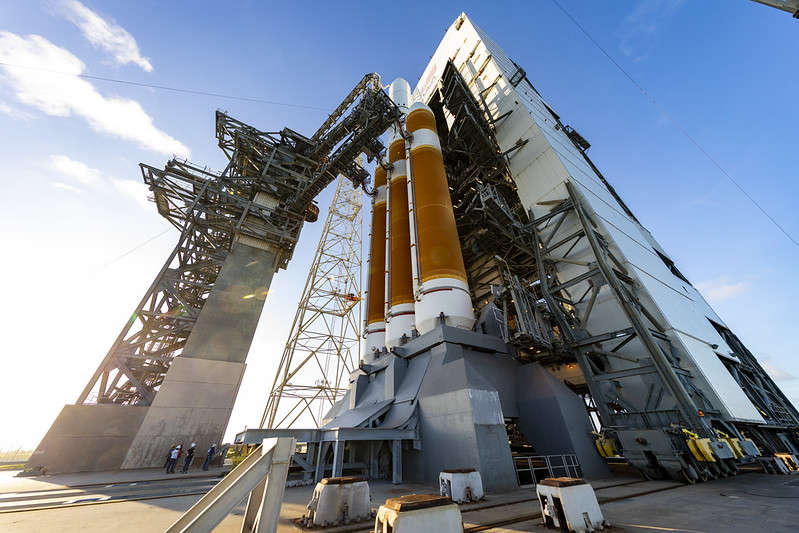 The launch of a U.S. spy satellite from Cape Canaveral was scrubbed early Thursday morning due to an issue with a ground control system at the launch pad.

United Launch Alliance’s Delta IV Heavy rocket  is carrying a classified satellite for the National Reconnaissance Office. Not much is known about the payload. The NRO operates a fleet of spy satellites, providing data to U.S. intelligence agencies.

ULA’s Delta IV Heavy is capable of launching massive payloads into space. Previously, it launched the first of NASA’s Orion capsules and the Parker Solar Probe on a mission to explore the sun.

A new launch window will open Saturday morning at 2:04. The forecast calls for favorable weather.

SpaceX is next in line from the Space Coast with two launches scheduled once the spy satellite heads into space.

Editor’s note: This story was updated at 3:06 p.m. with a new launch time provided by ULA.