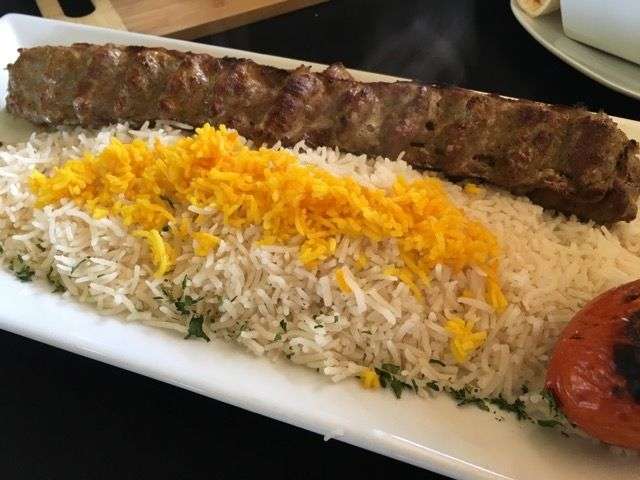 I’ve mentioned a few times about the sixth sense that a critic develops over time, that feeling that you get when you walk into an unfamiliar restaurant and a voice in the back of your mind that says — no, screams — run!

But there’s a diametrical feeling — a seventh sense? — where you enter a restaurant and you know immediately that you’re going to like it. That’s the feeling I got when I walked into Zora Grille in Altamonte Springs recently. Just for a moment, I had that niggling feeling that something might be off. Perhaps it was the fact that the place had no customers even though it was the height of the lunch hour.

But the aromas of the charcoal grill in the back of the open kitchen soon enveloped me. And almost as immediately a young man stepped forward with a warm and genuine welcome. I took a seat.

The menu here, as described on Zora’s website, is Persian, a term that is less incendiary these days than Iranian. You’ll find things that sound familiar to you and maybe a few that are not.

Like the Soupe Jo, a cream of barley soup that is a traditional item of Iranian kitchens.

Here it served thickened (with béchamel, perhaps?) and with shreds of chicken, bits of carrots and, of course, lots of barley. Delicious.

For my main course I had the Lamb Limousine. It featured the familiar koobideh, ground meat that is fashioned on a skewer, kebab style, and grilled over that charcoal grill. The lamb was seasoned beautifully with just the right spicing, which included sumac with its tangy, lemony tone. (There’s a sumac shaker on the table, as well.)

The meat was served with white and saffron rice and a baked tomato. My server advised me to smash the tomato into the rice, and to put a couple of pats of butter on top. I also used some of the lavash that had been served when I was seated to make a bit of a sandwich. I loved it.

Zora is short for Zoroastrian, an ancient religion that, according to the restaurant’s website, teaches to “have good thoughts, good words, and good deeds.”

Zora Grille is good food from good people. I’m pleased to recommend it.