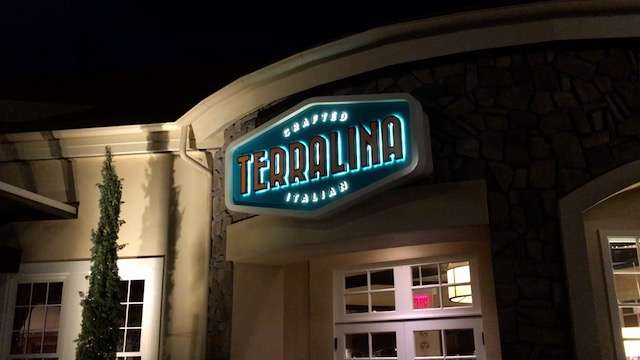 When we talk about the top chefs in the Central Florida culinary community, the name Justin Plank rarely comes up, but it should. He’s been around for a long time — Park Plaza Gardens was even called Chef Justin’s Park Plaza Gardens when he was its head chef.

He’s now at Terralina Crafted Italian at Disney Springs, and though Chicago celebrity chef Tony Mantuano gets top billing, Plank is very much in charge. Everything I tasted was really quite good.

OK, not everything was wonderful, so let me get this out of the way right now: I’ve had much better negronis from French restaurants, and this is a drink that cries for large format ice cubes, not the small bits that are served in Terralina’s version. And frankly, the ciabatta wasn’t very distinct and the giardiniera wasn’t an appropriate accompaniment for the bread.

But all was forgiven when the Littleneck Clams came out. Dotted with crumbles of spicy Italian sausage and seasoned with thyme, the chewy nuggets sat in a buttery liquor that could have been slurped with a spoon as a fine soup.

My appetizer of Burrata was served with hefty cubes of beets that served as a nice counterpoint to the creaminess of the cheese. The kale salad that was also on the plate at least looked pretty.

For my entree I chose the Slow-roasted Beef Short Rib. The tender meat was served resting on the large rib — it had long ago given up its hold to the bone. The honey-balsamic glaze had more of the former in the crust of the short rib.

My guest chose the Seafood Cannelloni, a veritable fish feast with salmon, swordfish, cod, shrimp and scallops in the pasta, all baked in a rich lobster cream. The top of the casserole had been singed just right to give a crisped crust.

For dessert there was a creamy Lemon Panna Cotta, garnished with a candied sprig of thyme.

This space, of course, started out as the Portobello Yacht Club from the days of Pleasure Island. There are multiple dining areas, each with its own distinct decor touches. It isn’t as upscale as it once was but it isn’t ultra casual, either. It can be a bit noisy, however.

The design and menu are supposed to reflect Italy’s Lake District, and the restaurant does sit on a waterfront. But you’re more likely to see the personal touches of the chefs in the food than the classics of, say, Lake Como. But that’s just fine when we’re talking about the culinary creations of Mantuano and especially Plank, one of Orlando’s top chefs.