Spotlight: Students At The Rockin’ Rep Rec Fest Use The Performing Arts To Combat Bullying 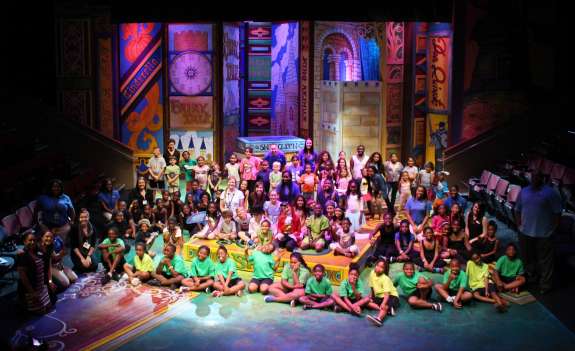 Students from four City of Orlando after-school community centers will take the stage at the Orlando Repertory Theatre this weekend. They’ll sing, dance, and share what they’ve learned in a three-month intensive arts residency program. The program came courtesy of a grant from Walt Disney World, the Rep, and Mayor Dyer’s Stand Up Orlando campaign to end bullying.

Lisa Early is the City of Orlando Director of Families, Parks and Recreation. She spoke with 90.7’s Nicole Creston about the show, called “The Rockin’ Rep Rec Fest.”

“What you’re going to see on the stage is a montage of song and dance from each of the shows put on by the kids themselves. There’s also going to be a montage of digital voice over interviews of the kids talking about the experience, talking about why the arts matter and the whole sort of concept of working together in a healthy and collective way toward a common goal,” said Early.