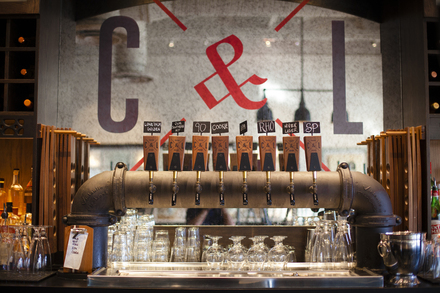 Summer is usually a slow time for restaurants in central Florida, but a lot has been going on lately. Here are some of the newsier items I’ve come across recently.

The original Funky Monkey location in the Mills 50 District has closed. It was the first restaurant in what eventually became the FMI Restaurant Group, which had five restaurants at one time; it now only has the Funky Monkey at Pointe Orlando.

The Mills 50 location will be the new home for Mills Bistro, to be headed by chef Ed Hollingsworth. He and his partners are hoping for a quick turnaround, but then everyone who tries to open a restaurant in Orlando hopes for a quick turnaround before meeting the good folks at permitting and inspections.

There’s another restaurant planned to open in the Ivanhoe Village district. It’s called Better Than Sex, a dessert restaurant that will take the place of Pizzamia, which apparently wasn’t as good as sex.

We’ve had a couple of closings, too: Nopa, which stood for Not On Park Avenue, and Belle Isle Bayou, a cajun restaurant in South Orlando.

And July first was a big day for people who like craft beer in really large containers. It’s now legal in Florida for small brewers — including the likes of Cask & Larder restaurant in Winter Park — to sell growlers. These are reusable, 64-ounce containers the consumer takes to the brewer to be filled up, then taken home to enjoy over the next couple of days, or hours, depending on the weekend.