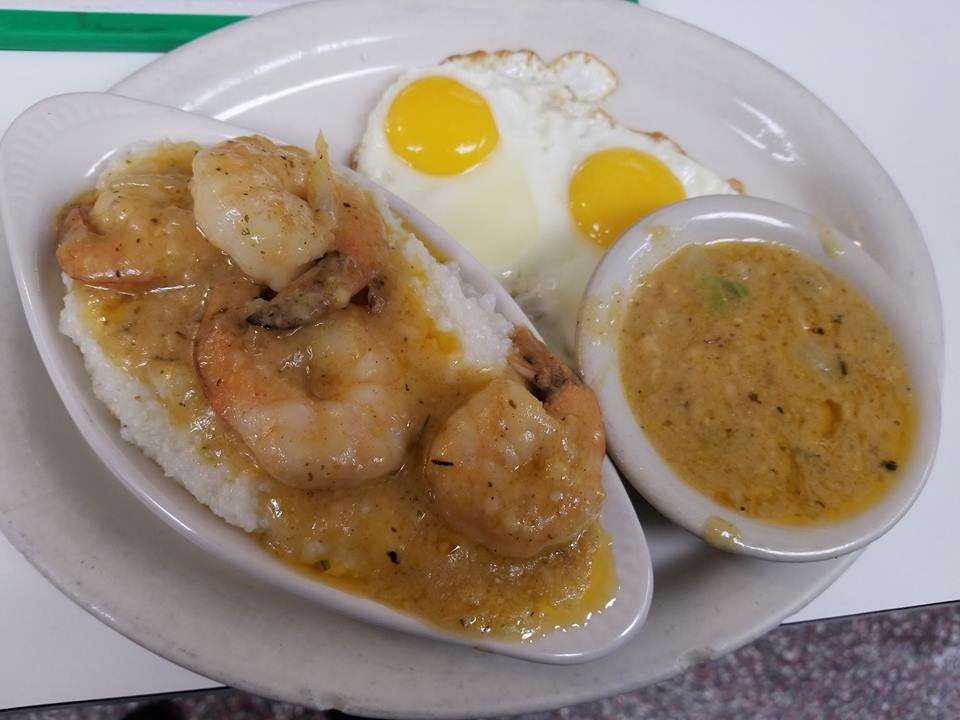 Orlando restaurant critic Scott Joseph reviews Nikki’s Place. Click the Play Audio button above to hear what he has to say. A transcript is below.

Nikki’s Place is back and everything is just as it was before.

“Before” means prior to the fire that forced the business to close in March 2015. After two and a half years — and thanks in part to a grant from the city — the family owned restaurant is back serving its home-style Southern and soul cuisine.

I went with the Beef Stew, which was on the list of the day’s luncheon specials, which brought the price down from a whopping $8.25 to the are-you-sure-this-is-right cost of five bucks. And that includes two side dishes. And a corn muffin. And some fried sweet potato skins to snack on while I waited for the meal.

The stew had lots of tender hunks of meat along with carrots and potato in a thick gravy. For my side dishes I chose the collards, obviously long-simmered to tenderize the leaves, and the okra and tomatoes, which had lots of the delightfully oily vegetable. A five dollar feast that other restaurants might charge triple for.

And it also comes with the legendary charming service of a staff that is welcoming and smiling to all who enter.

The decor is a little brighter. Walls that had dark paneling are now painted a pleasant peach. Newspaper clippings and award plaques have been replaced. Window unit air conditioners still hum, drowning out the soap opera on the tv hanging in the front corner, and tables are still covered with white cloths, kept pristine by the thick clear plastic draped on top.

Nick and Elaine Aiken have owned the restaurant since 1999, but I only discovered it in late 2014, just a few months before the fire. I was sorry to see it closed and silently wondered if it could be restored.

It has been, delightfully so.