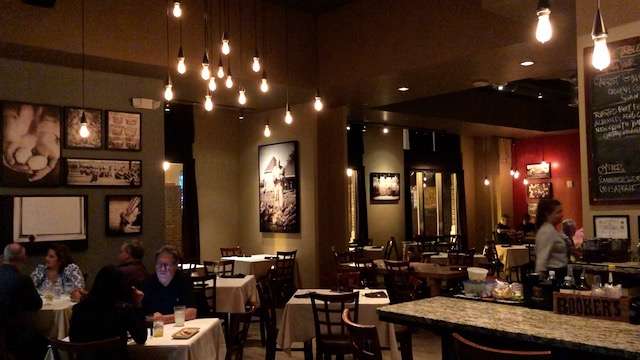 This review has been abridged for broadcast. To read the full version of the review, go to this page on Scott Joseph’s Orlando Restaurant Guide website.

In the nearly eight years since she opened Rusty Spoon in downtown Orlando, Kathleen Blake has established it as one of the premier restaurants in Florida and herself as one of the area’s most prestigious chefs.

She was recently presented with the Beacon Award by the Foodservice Council for Women; is a leader in the national organization of Women Chefs and Restaurateurs; and has four times been nominated for a James Beard Foundation as Best Chef South Region.

Still, she, along with her husband, William, manages to keep the quality of the food and service at the Rusty Spoon — an SJO sponsor, by the way — top notch.

Blake follows a farm-to-table manifesto. That term has become an almost trite — and often unprovable — addition to many menus. But Blake was one of the local pioneers of the movement.

I returned to Rusty Spoon recently to see how things are going.

My companion and I started with the Butcher’s Board, a chef’s whim selection of Scotch Eggs with a grainy mustard, Rillettes, pickled vegetables and Lamb Meatballs. I liked it all but the eggs were a favorite.

For an entree, my friend had the Dirty South, a bouillabaisse-like dish of local grouper, littleneck clams and large, head-still-on shrimp on an island of cheese grits surrounded by a moat of shrimp peanut broth.

Service was attentive and helpful. The dining area is large yet has a warm tone to it. The bar is a favorite spot for a well crafted cocktail and a bite to eat before or after an event downtown.

Much will be happening in downtown Orlando in the coming months, including new restaurants. Rusty Spoon has set the standard they should strive to achieve.