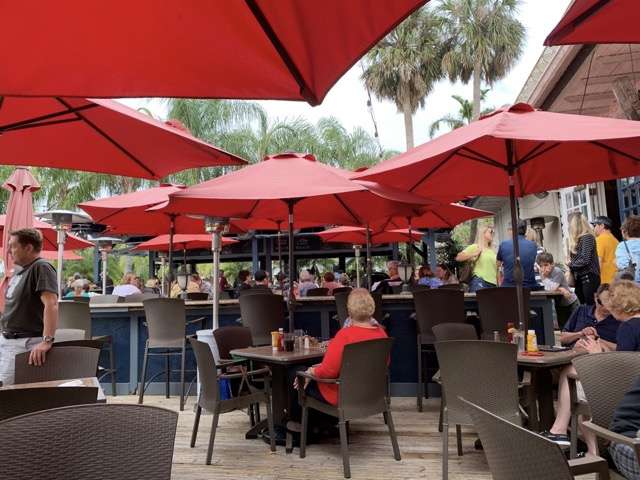 Apparently, I haven’t dined at Pisces Rising in Mount Dora since the middle of 2004. At least that’s the date on a yellowed framed copy of a review I wrote in June of that year. Since then, I’ve learned, there have been at least a couple of ownership changes, so I figured it was time to check it out again.

Not only ownership changes, the concept is different, too. Originally a seafood centric restaurant — Pisces, after all — its menu is decidedly less fishy in its current iteration.

Actually, I’d be hard pressed to put my finger on a central menu theme. Dishes jump from region to region and even to different countries. But a general goal, it seems, is to “Floridate” them with a local twist using ingredients from nearby farms.

The Cubana Mix Spring Rolls, for instance, had Cuban sandwich-like ingredients, including pulled pork, ham and Swiss cheese, wrapped in wonton skins and deep fried. The other Cuban essentials, mustard and pickles, were in the dipping sauce. It was inventive and flavorful, and with the exception of a squirt of hot oil when I bit into one, enjoyable.

I very much liked my Mahi Mahi Poboy, the breaded and fried fish served on a soft roll with a spicy remoulade.

A friend had the Florida Gator Jambalaya, with shrimp, chicken and a head-on crawfish included in the rice-based bowl. Good flavors all, though I didn’t quite get the jambalaya notes one expects.

But the only real disappointment was the Carnitas Sandwich, and only because the shredded meat was dry, despite the inclusion of Gouda cheese and pecan honey mustard.

Its location just up a hill from Lake Dora is idyllic, and its patio is prime dining space on a beautiful day, especially at sunset.

Service was fine and the food was delivered speedily enough. Although if you’re able to snag a good seat on the patio you won’t mind if the meal lingers on.