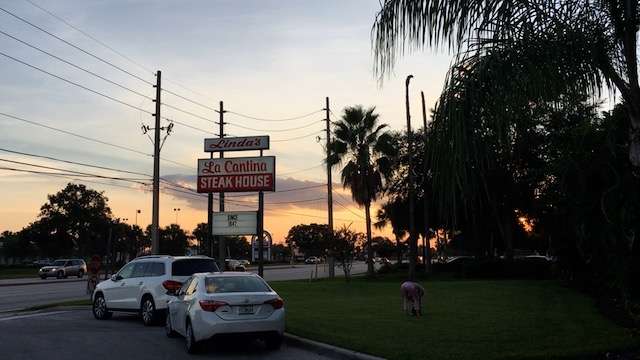 Linda’s La Cantina is the oldest restaurant in Central Florida, and the reason for its longevity and its continued popularity can be attributed to one thing: it serves damn good steaks. It certainly doesn’t warrant hour-plus waits based on its ambience or service, but more on that in a moment.

The title of the oldest restaurant comes with an asterisk or three. It wasn’t always called Linda’s La Cantina and the ownership hasn’t been the same. And it was closed for rebuilding a couple of times.

But people have been clamoring for a seat at this restaurant since 1947, and frankly I don’t get it.

Remove the excellent steaks from the equation and there’s little about the experience that I find enjoyable. On a recent visit, my guests and I were met by a gruff and dismissive host.

Our server was harried and curt and at one point tossed a bread basket onto our table. And when I say he tossed it I mean it left his hand, was airborne for a moment and then landed on the table.

The menu hasn’t changed much over the years, though the appetizer list has grown.

Our meal included a house salad, also tossed but more appropriately so, with a choice of dressings. We each chose steaks, of course, but different cuts. One of my friends had the filet mignon, wrapped with bacon, and another chose the Special T-bone, which includes only the strip side, making it special indeed. I went with the ribeye because I appreciate a fattier cut.

All were cooked perfectly, especially my ribeye, which had a crustier crust. I tasted the other two, but I liked mine best.

And we all liked the Baked Potatoes that we ordered as a side dish, though they needed more butter.

Linda’s isn’t a cheap night out; my ribeye cost $34. Not outrageous for good meat nicely prepared. But too much for the surroundings and the level of service.