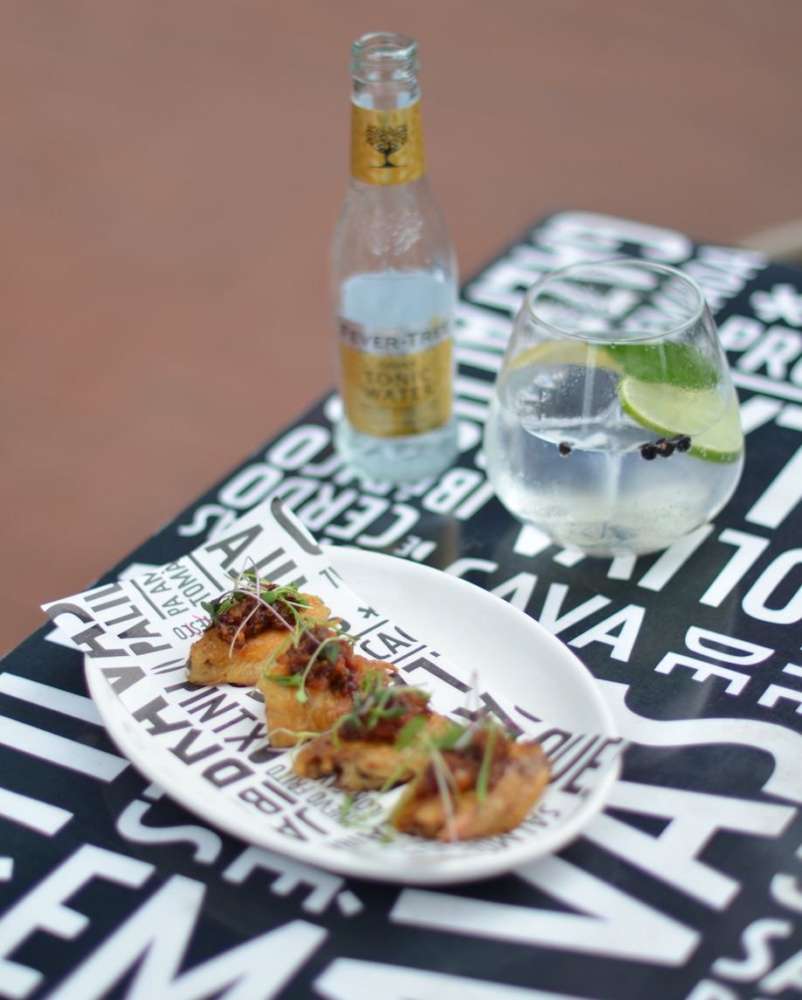 The Disney Springs Jaleo is the chain’s fifth and the largest. Photo: Jaleo Twitter

Once you know the meaning of the word Jaleo, it all makes more sense. Commotion, uproar, din, jumble — all those translations could describe the new restaurant at Disney Springs. It can also mean revelry, defined as lively and noisy festivities, especially when alcohol is involved. Let’s go with that one.

Jaleo is a Spanish restaurant from José Andrés, the celebrity chef and humanitarian recently nominated for a Nobel Peace Prize.

The Disney Springs Jaleo is the chain’s fifth and the largest.

And it certainly is big, over 22,000 square feet, with multiple bars and seating, both inside and out, for 543 people.

The menu is as sprawling as the space. My guest and I went with the chef’s tasting menu, described as a culinary journey through España with “José’s favorite tapas and plates.

We started with Ibérico ham, sliced tableside by a wandering ham cutter.

More of the ham was featured in José’s Taco, a slice of jamon as the wrap with pearls of green caviar as the filling.

Ensaladilla rusa, a sort of Russian potato salad was the only thing I tasted all evening that I wouldn’t want again.

But the Patatas Bravas, with fried hunks of potatoes on a plop of tomato sauce and topped with splotches of aioli, was wonderful.

And the simple Croquetas de Pollo were extraordinary. The outside of the fritters was golden and crispy and the inside was creamy and mouth filling.

Paella, cooked over a wood fire, followed, naturally. Ours was a simple mix of vegetables — carrots, green beans, zucchini, peppers — and mushrooms.

Prices are not insignificant, but the quality is level with the pricing. A full complement of tapas can be a splurge, but you owe yourself a little revelry now and then.