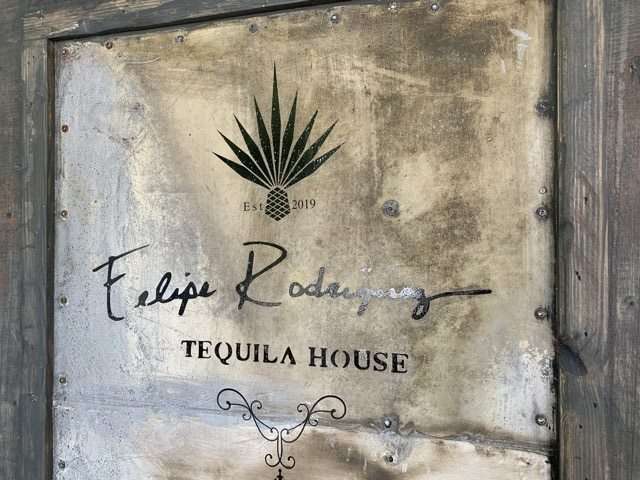 Of all the restaurants that have occupied the space at the corner of Washington Street and Hyer Avenue in downtown’s Thornton Park, Felipe Rodriguez Tequila House + Kitchen feels the most permanent.

That may be because for the first time the main dining part of the restaurant has an actual hard roof.

But there’s more to the commitment. On my two visits to the restaurant, I was surprised to find the food as good as it was.

I don’t mean for that to be a backhanded compliment. But let’s face it: Any place in downtown Orlando that calls itself a tequila house isn’t a place you’d expect to spend much time on food. Fortunately, that’s not the case here.

The menu, you’ve surely gleaned by now because you’re smart and astute, is Tex-Mexy.

On my first visit, I ordered something I rarely order because it almost always turns out to be a disappointment: nachos.

But the Nachos Felipe was pretty impressive. The ground beef was integrated among the corn tortilla chips, not just splotched on top. The other ingredients were ample and just as well distributed.

And the Rodriguez Family Jalapeño Poppers were a surprise, too. The halved chilies were well-filled with a blend of cheddar, feta and cream cheeses and lightly roasted. They had a delightful kick to them.

My Carnitas Taco had a soft corn tortilla topped with roasted shredded pork, with sweet onions, chopped poblano pepper and pineapple. The meat was sufficiently moist and fatty.

The Carne Asada, too, with grilled skirt steak and chopped onions, was a tasty taco.

As for Mr. Rodgriguez, a note on the menu says that he grew up on a blue agave farm in Mexico and started making tequila, as one does. (When you go in, don’t bother asking if Rodriguez is there; he’s not.)

But contrived Disneyesque legends aren’t really necessary, not when you’ve got a fun atmosphere and good food to stand on.