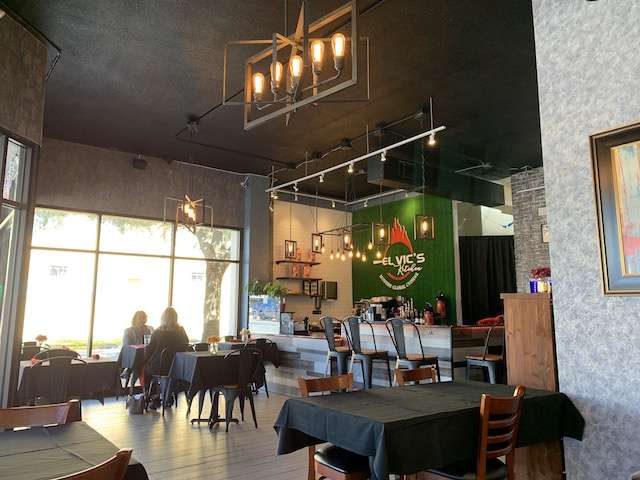 Every now and then another restaurant will come up with the idea to serve a menu featuring “global cuisine,” with dishes cherry picked from cuisines from around the world. A little Italian, a little Latin, maybe some French.

Restaurants need cohesion and focus. It’s admirable to want to be all things to all people, but it’s better to be one thing to the people who want that thing, and to do it well enough that they’ll come back often.

El Vic’s Kitchen in College Park is the latest to make the “we are the world” mistake. (The name of the restaurant is another misstep, but I’ll come back to that.) And it’s unfortunate because the path the restaurant should take is obvious.

At least if the Grand-Mamma’s Home-style Chicken Curry is any indication. It turns out that the owner grew up working in her family’s restaurant in Mumbai. The experience shows in the lusciousness of the curry, layered with myriad spices, touched with a bit of bright cilantro, and served with both basmati rice and kulcha to soak up the sauce.

Market research would have shown that College Park is home to approximately 2,782 Italian restaurants but not one specializing in Indian cuisine.

So while the Spanish Albondigas were nicely formed and appropriately dense meatballs, they paled next to the curry dish.

And the Shepherd’s Pie Quesadilla, which tried to straddle two continents at once, was just a head scratcher. I think we can all agree that potatoes smashed between flour tortillas is not a good idea.

But go back to India’s neighborhood and you’ll find more culinary bliss in the Asian Coconut Chili soup. A bowl of cool coconut milk broth dotted with dollops of chili garlic sauce.

Then there’s the name, El Vic’s makes no sense. Is it Spanish? Conquistadorian? No. It’s a nod to the owner’s daughters. (Side observation: The success rate of restaurants named after the owner’s children is roughly the same as restaurants featuring global cuisine.)

The chef obviously has a talent for Indian cuisine. She would do well to retool the menu to accentuate those positives. In this case, don’t think globally.