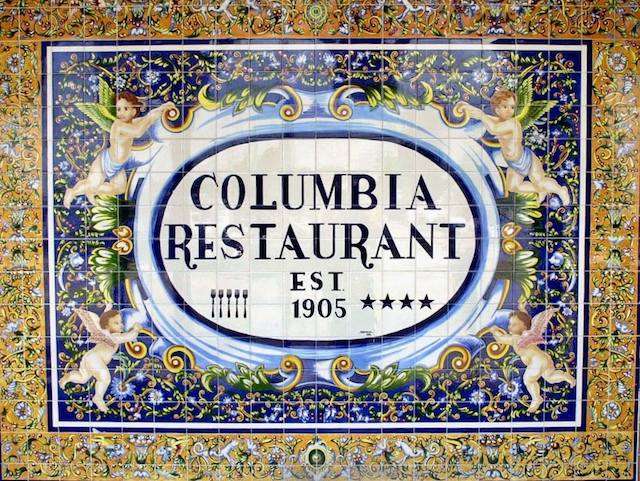 Columbia Restaurant in Ybor City has been around for more than 114 years, longer than any other restaurant in Florida.

A restaurant has to be doing something right to last that long. But if my recent experience is indicative of the way the restaurant operates now, it may not deserve to see another anniversary.

Few things went right when I met some friends visiting from another country. They were staying in the Tampa area, so I drove over for lunch, choosing Columbia for its history.

My friends and I were deep in conversation when I felt a tap on my right shoulder. When I turned to look in that direction, a server standing at my left started laughing, delighted that she had tricked me. I wonder what training manual she read that said a good way to start out with your guest is to make him look foolish. Perhaps that’s in the same chapter that says a server should do whatever he or she needs to do to break up a table having a conversation.

Clearly this meal was to be about her, not about us.

One of my guests ordered the Paella Española, a house specialty, even though the menu warned that it takes extra time to prepare. That’s understandable — good paella takes time.

Another guest ordered the Cuban sandwich, another specialty, and I selected the Chicken and Yellow Rice “Ybor.”

Despite the caution that the paella would take 30 minutes, all our food was delivered fairly quickly. From the quality of the rice in the paella, it seemed that the rice had been made in advance and the bits of seafood tossed into the pan for the tableside presentation.

In fact, there was no discernible difference between the rice in the paella and in my chicken dish. Both were gummy. And despite being asked if I wanted white or dark meat, I was served a chicken breast against my wishes.

Only the Cuban sandwich did not disappoint. It was loaded with the requisite pork, ham and salami, as well as Swiss cheese and tangy pickle slices.

The building is looking its age — aren’t we all! — but the historic structure could really use a facelift.

And the serving staff could use some retraining.