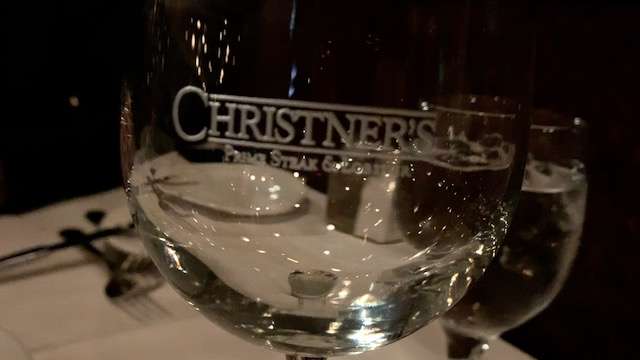 This version of the review has been abridged for broadcast. Click here to read the full review on the Orlando Restaurant Guide website.

Christner’s Prime Steak & Lobster celebrated its 25th anniversary this year. But just as with Linda’s La Cantina, another independently owned restaurant reviewed recently, the milestone comes with an asterisk because for the first 20 years it was known as Del Frisco’s.

But it has always been a family owned and operated restaurant, first by Russ Christner and his wife, Carole. Then, after Russ died, his son David and his wife, Alice, joined Carole to keep it going.

On a recent evening, all three were at the restaurant being the gracious hosts they’ve always been.

And the steaks are still some of the best in town.

Served on simple white plates that seem to have just been fired in the kilns of Hell, the steaks have a crisped crust and a proprietary rub that includes a healthy dose of cracked peppercorns. And they’re always cooked to the requested temperature. And just to be sure, your server will insist that you cut into it while he or she is still standing there to verify that it is exactly as you like it.

My Ribeye was. Oozing red and with mouth-filling juices, the meat still tender to the tooth.

Russ’s Prime Strip, which my companion ordered, was just as nicely done. It was under the “Lagniappe” heading on the menu, the extra bit being a side order of Chateau Potatoes. That made the $39 12-ounce steak an extra bargain, relatively, compared to the 16-ounce potato-less Strip at $49.

Examine the high-end steakhouses and you’ll find that most are owned by corporations.

A family owned and operated steakhouse is, you should forgive the expression, rare. A high-end restaurant that continues to meet the high standards set from the beginning is rarer still.