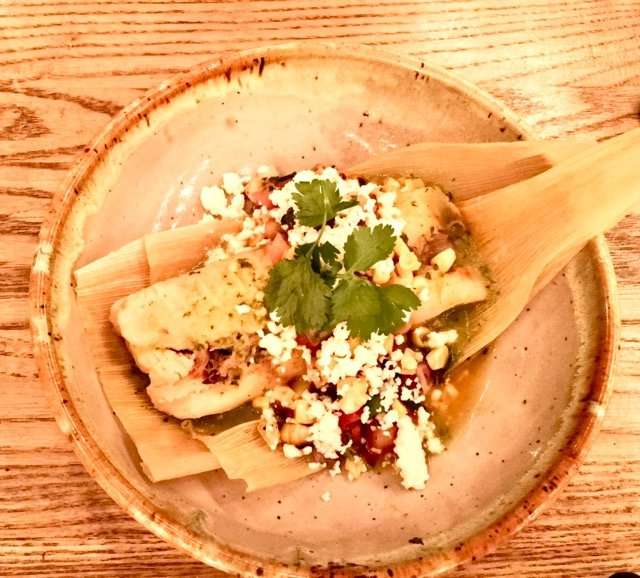 That space that for many years was Citrus Restaurant, long before the neighborhood it sits in became known as the North Quarter District, has been transformed into Reyes Mezcaleria, a Mexican restaurant that brings street food inside to a fun and comfortable atmosphere.

You’d be hard pressed to find any of the old Citrus in the place. As reimagined by Sue Chin, who owns the restaurant with her husband, Jason, the space is more open, especially the bar area, thanks in part to a clever move of the restaurant’s main entrance, which also netted some additional patio seating.

Like the Chin’s Baldwin Park restaurants and Seito Sushi, Reyes’s chef is Austin Boyd. It’s difficult enough for one person to oversee the culinary programs of three restaurants. To do so across genres is even more challenging. But Boyd succeeds.

The menu features a nice array of those street foods I mentioned, with such platos típicos as sopas, tamales and your requisite array of tacos, with most items reasonably under $10. Then it jumps to the section labeled Platos Fuertes where a Carne Asada demands $28.

But you can certainly dine nicely for less. I enjoyed the Street Tamale with its pork wrapped inside a jacket of masa with roasted corn salsa.

I don’t think I’d order the Guacamole again. The guac itself was OK, though not worth $9, but the house-made chips had an oddly sweet taste.

I enjoyed the Duck Emmoladas, which had confit duck meat, as tender and juicy as you would expect, it a well-executed mole negro with pumpkin seeds dotted about. The mole was deep and multilayered and would have made just about anything taste better.

If you’ve been paying attention, Mexican restaurants are having a bit of a renaissance in Orlando. But I don’t think we’re anywhere near the saturation point. There will always be room for good, fresh and even inventive Mexican food.