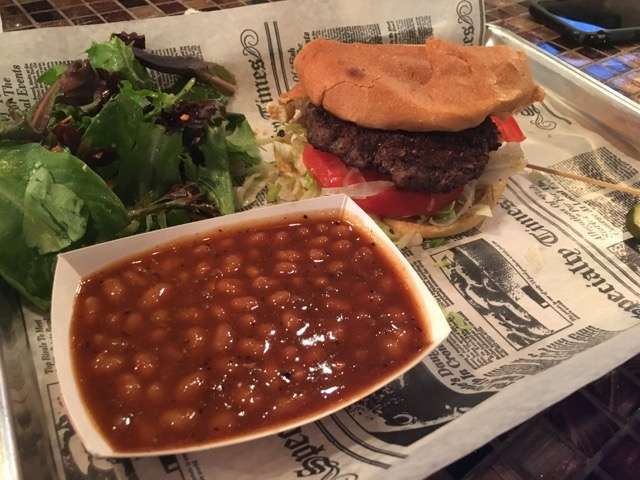 I have to begin by saying that I don’t watch the “reality” cooking shows. None of them. And in fact it’s “Hell’s Kitchen” that first put me off of the genre.

So I’ve not seen any of the episodes from last season that featured Central Floridian Ashely Nickell as one of the cheftestants. Presumably it was her participation in the program that served as the impetus for Restaurant Ash, which opened in May in the space that was the original Funky Monkey, which closed in June of 2015.

It’s interesting that a restaurant built around the recognizability of someone who has been on national cooking shows would feature a menu that is largely sandwiches. Nothing inherently wrong with that.

But I would expect a restaurant that places an emphasis on the chef would offer sandwiches that are more, well, “cheffy.” Instead, it’s mostly mundane.

The Reuben is a good example. All of the components were there, but it was a sandwich that anyone could have made, one like so many I’ve had at dozens of forgettable cafes and diners over the years.

And then there’s the burger. On my first visit the burger was a total bust. It was dry. And cold. And it was flavorless. My friend had the perfect description for it: pathetic.

The burger on my second visit was better, but still nothing special. I would think that Nickell would rather serve one that better showcases her talents.

Most sandwiches are served with a very nice salad of mixed greens with a vinaigrette dressing. The salad, sandwich and pickles are served directly on wax paper with a newsprint design on a metal tray of the type usually seen in prison movies.

I get it. We’re saving money and passing along the savings to the customer. That’s fine, even admirable, for an average corner cafe. But a restaurant that offers a chef with a desire for fame should strive to do more.