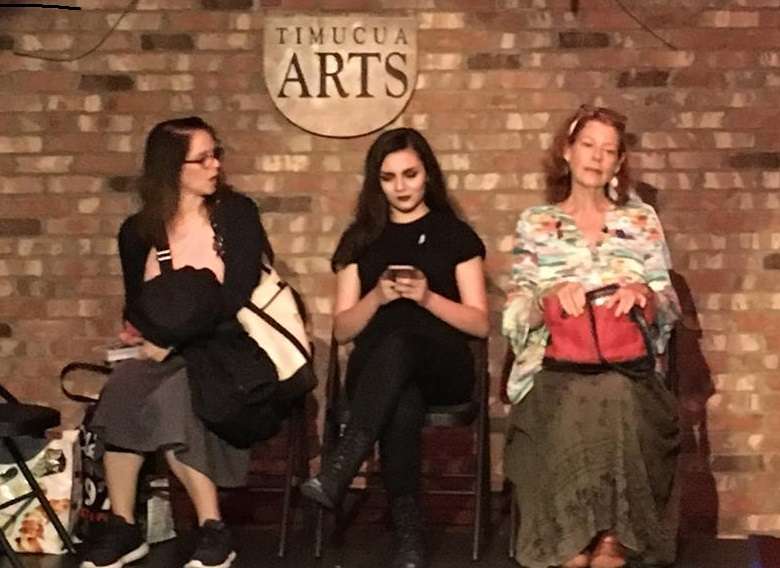 Three generations of women take a weekly bus ride to the matriarch’s old home. At first glance, it may seem a somewhat familiar trio – hippie grandmother Jezebel (Katrina Tharin) who claims she kick-started Robert Plant’s career, high-strung mother Susan (Danielle Bouloy) who literally and metaphorically carries the family baggage, and goth teenage daughter Rita (Gabriela Torres) who has had enough of them both.

But Hayes tells 90.7’s Nicole Darden Creston that there’s more to each character than meets the eye, and new depths are revealed within all three throughout the play’s journey.

Hear the interview just after the four-minute mark in the Spotlight clip below.

The Orlando Weekly says, “To twist a sentence of Tolstoy’s, all happy families are alike, but every unhappy family bickers, snaps and snarls in its own unique way. Considering local playwright/event producer/restaurant critic Joseph Reed Hayes’ facility with language, the three women at the heart of his new play, A Slow Ride, are sure to quarrel with style.”

The play runs this weekend at the Timucua Arts Foundation in Orlando.

Find more information on the play and how to attend at this link.

To listen to this week’s Spotlight, click on the clip above.