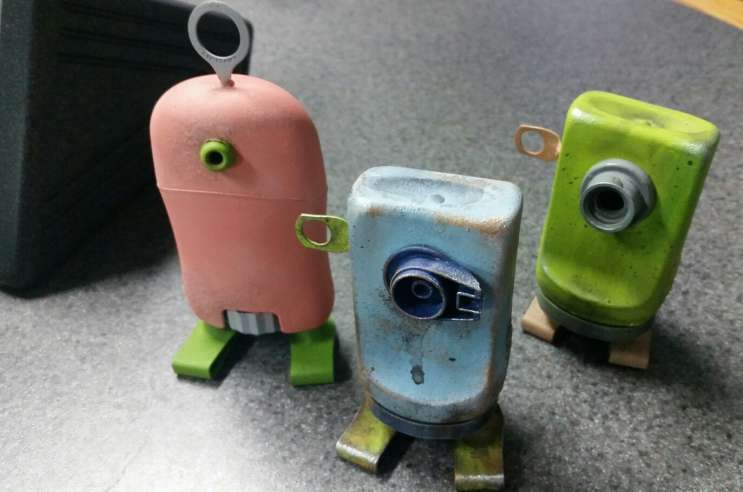 Rhodehamel said PROTOBOTS is his cutest show by far. PROTOBOTS are mini-robots made out of pill bottles and deodorant samples, among other items.

Right now these robots don’t really do anything, aside from exuding massive amounts of cuteness. Rhodehamel has toyed with the idea of maybe adding little motors to them in the future. But for now, he talks about their simple significance and what he wants people to get out of them.

“Just happiness, just having these things on your desk and just kind of thinking about what else you could do with other parts and pieces, just sort of a reminder to recycle and reuse stuff… and smile more,” said Rhodehamel.

Listen to his entire interview with 90.7’s Crystal Chavez in the audio player at the top of this post.