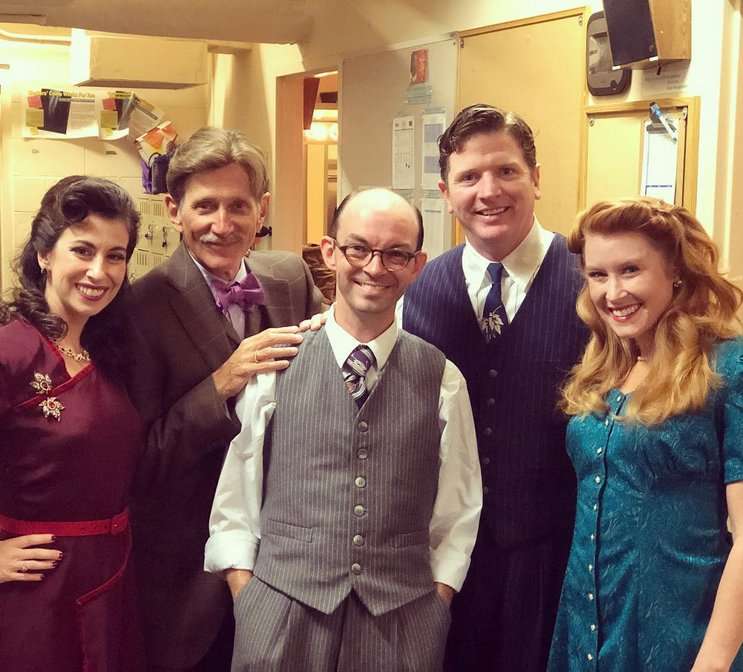 The movie “It’s a Wonderful Life” is a film everyone loves, even though it’s in black and white. What is this, the eighties? Is Michael J. Fox going to jump out and say “Where we’re going we don’t need angles” Now the folks at Orlando Shakes are putting it on stage as a radio play (a.k.a.- they ain’t paying for sets and they only have to pay 5 actors to play dozens of characters) It’s a Wonderful Life is currently running with the final show falling on December 30. For tickets go to orlandoshakes.org.

The City of the Orlando’s annual Tree Lighting Celebration is tonight until 9 at the Lake Eola amphitheater. The 72 foot tree will be sparkling, carolers will be singing and food trucks will be selling yummy food.

The City of Winter Park’s “Winter on the Avenue” is tonight until 10. Tree lighting, carolers, snowmaking, and a visit from Santa. According to court documents, you don’t have to be rich to attend, but appropriate dress is appreciated. I mean it is Christmas.

And for those who would light a tree on fire rather than watch one’s light bulbs light up and then clap and then drive home with a feeling of self-worth… multiple presentations with slides performed by experts in a variety of areas will take place during PechaKucha Orlando tonight at 6 and again at 9. Google Pecha Kucha for tickets.