Spotlight: One Voice Orlando: A Year In Reflection 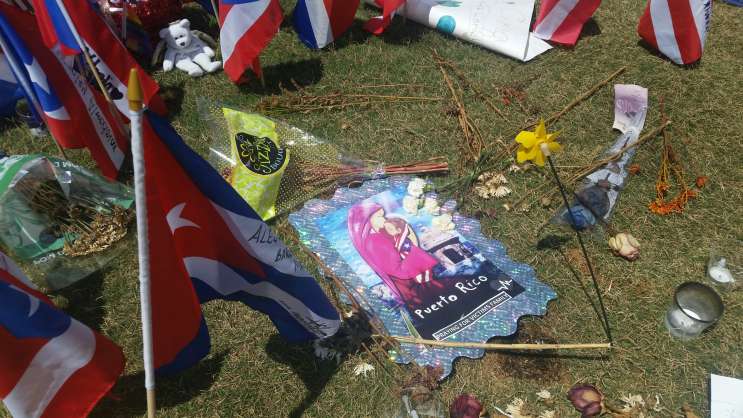 Part of the memorial outside of the Dr. Phillips Center after the Pulse tragedy.

Opera Orlando, the Global Peace Film Festival and Timucua Arts Foundation teamed up for “One Voice Orlando: A Year in Reflection.” This is part two of the first event held after the Pulse tragedy.

“As we look back, how has Pulse affected us, all of us? Even if we’re not Hispanic or Gay it affected our whole community; we’re one community and it really took a toll on us,” said Gabriel Preisser, executive and artistic director at Opera Orlando.

The event was initially scheduled for closer to the one-year mark since Pulse but was put on hold because of Hurricane Irma. In the time since, the nation has seen many more tragedies.

“It’s going to be an opportunity to come together and not just for rememberance of victims of the June 12 tragedy, but also to come together and be in community and thinking of those who have now been affected by Hurricane Irma, by the tragedy in Las Vegas, by Hurricane Maria and just recently by what happened in New York,” said Ricardo Negron, program director for Somos Orlando.