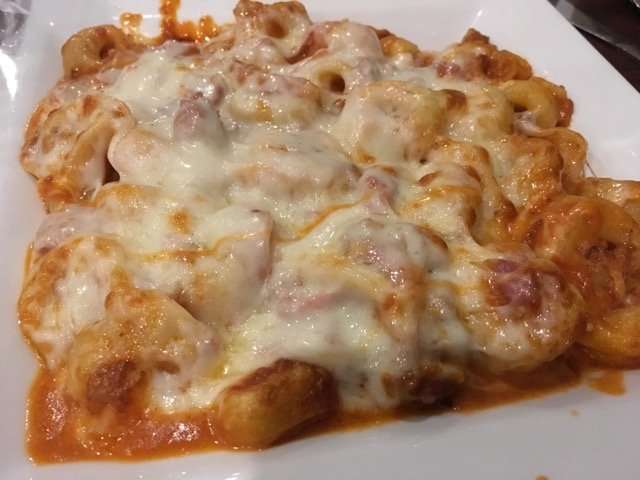 When it was announced, in December, that Stefano LaCommare would be coming out of retirement to help out at his son’s restaurant, Nonno’s, many people were excited at the prospect of having him back in a kitchen.

The reality is even better: he’s back in the dining room.

LaCommare and his wife, Marie, have owned and operated several restaurants in the area over the last few decades. Stefano’s Trattoria in Winter Springs was the most recent. A popular destination for families and lovers of uncomplicated cuisine, Stefano’s also became a workplace for the LaCommare’s children, including their son, Leonardo, or Leo.
Apparently Leo, who like his father is a cook, wanted his own restaurant, so he opened Nonno’s Italian Restaurant in Altamonte Springs. It is Stefano’s in almost every way except by name.

That includes the names of some of the dishes. Tortellini di Stefano, something of a signature dish at the previous restaurant, is here known as Tortellini di Leo. The elder LaCommare will tell you — even without asking — that it is a dish he invented. The name change, he says, is to let his son be the star for a change. That’s certainly nice, but one also wonders if it is to avoid any violation of the terms of sale to the current owner of Stefano’s in Winter Springs.

Whatever. It’s still a good representation of what fans of this family’s food have come to expect. Perhaps not so much an authentic rendition of LaCommare’s Sicilian roots, it’s still a delightful plate of comfort, the cheese-filled pasta rings tossed with a tomato-tinged meat sauce and topped with melted cheese.

And dinners still come with a choice of soup or salad, plus a mini loaf of bread with pesto for dipping. I chose the soup, a pasta e fagioli, which was OK. (It might have been better than OK if it had been hotter.) And all of this for $16, which is pretty hard to beat. Except, you know, maybe in Winter Springs.

I’m not sure I completely buy the explanation that the parents are just helping the son out. Nonno, after all, is Italian for grandfather, hardly a name a young man chooses for his restaurant. But let’s just enjoy having this family back in business again. At least until the next retirement.