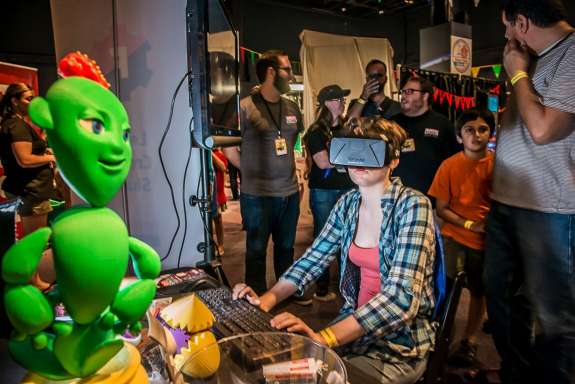 Maker Faire Orlando –marketed as “the greatest show and tell on earth”—takes place this weekend. Artists and techies of all kinds will show off their science, artwork, crafts, robots and more at Orlando Science Center and Loch Haven Park. Candy Cole is the president of the Maker Effect Foundation, which puts on the local faire.

Cole said whether you’re 2 or 92, male or female, there’s something there for everyone.

“All of those things together make a well rounded thought process, or in my opinion a well rounded person. If you can build a robot but you can’t creatively think about what he’s going to do, then there’s not much point in building the robot,” said Cole.

Click the player above for the entire Spotlight interview.