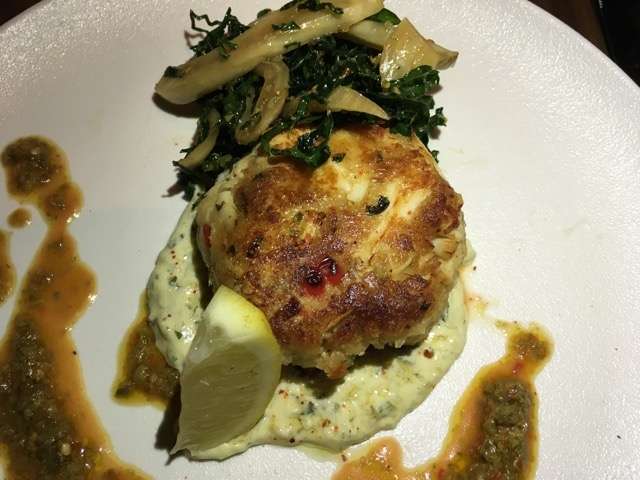 The opening of Luke’s Kitchen and Bar in Maitland was anxiously anticipated, primarily because of the pedigree of the people involved.

That would be the team from Luma on Park and Prato, especially the duo of chef Brandon McGlamery and general manager Tim Noelke, who have made their Park Avenue posts so popular.

If you had managed to visit the previous tenant, Blackfin, during the five weeks of its existence, you’ll be surprised at the transformation of the space. The redesign has opened the first floor up so expansively that it causes one to wonder what’s holding the second floor up.

The menu is meant to “focus on classic American cuisine,” which calls into question the prominent placement on said menu of ceviches.

Or for that matter the snapper that I ordered as my entree. One could make the argument that snapper is an American item, but harder to claim it as classic, especially when crusted in Japanese panko crumbs as this one was. Still, with my first bite I was immediately reminded that McGlamery has an especial affinity for fish. The flesh was firm and moist, and the breading, infused with herbs, gave it a nice textural crunch.

No argument need be made for the inclusion of Prime Rib on the list of American classics, though here it is paired with heirloom carrots instead of traditional potatoes and draped with a apron of bearnaise. Unfortunately, the cut I sampled lacked any of the buttery richness one looks for in prime rib, especially one costing 30 bucks.

Seventeen dollars was a hefty sum for Luke’s Crab Cake, too, but this was a darned fine crab cake. Mostly sweet bits of crab, deftly seared and served on a ploof of lemony tartar sauce.

French onion soup, classically French, might have been a winner if not for the comically large hunk of bread that sat over the rich broth and under the weight of melted gruyere. It couldn’t be called a crouton; closer to a mini loaf.

The staff conducted itself well considering the newness of the place, a testament to Noelke’s skill as a manager.

I enjoyed Luke’s, but when my companion asked me if it was a place I’d go back to often, I had to think about it before concluding that it was not.

I’d rather go to Prato.