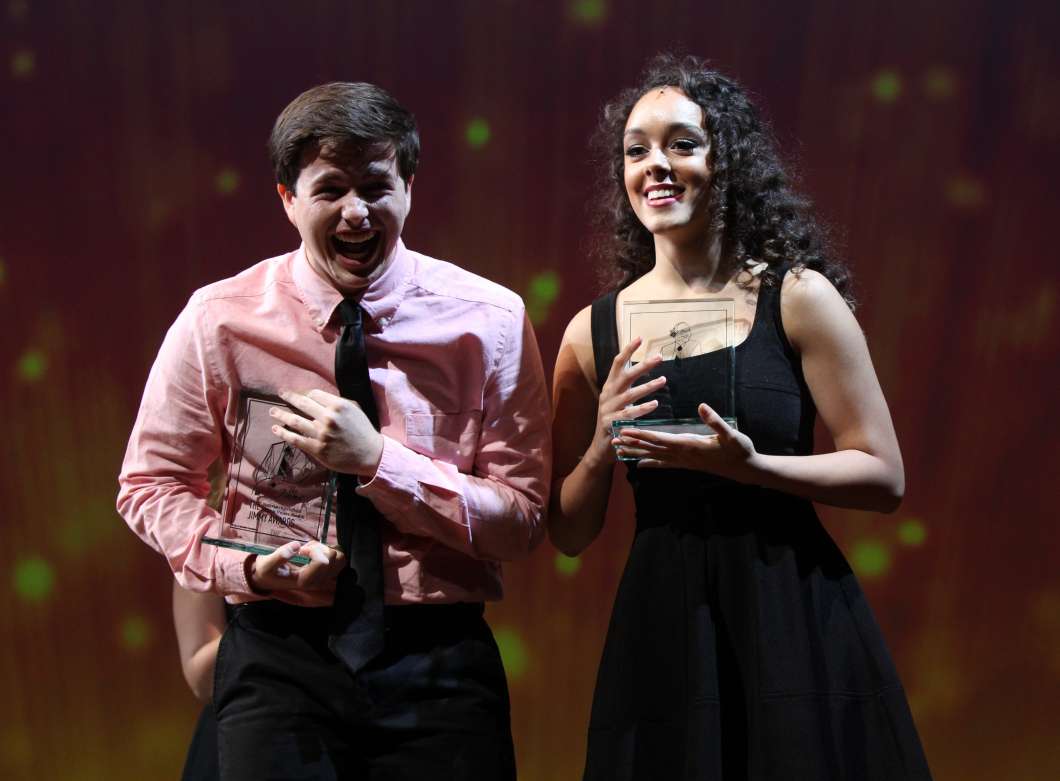 The Jimmy Awards are the teen equivalent of the Tony Awards. Two central Florida teens won the top award this year: Tony Moreno of Winter Park and Sofia Deler of Orlando.

It’s the first time two teens from the same area have taken home the top prize. Deler was one of the youngest competitors. She said her attitude is what shaped her experience.

“I went in there not expecting to win and as cliché as it sounds, it really helped,” said Deler.

Moreno was one of five repeat nominees this year. He said that made victory even sweeter.

“When they called my name as a winner, it was one of the best feelings in the world,” said Moreno.

Listen to 90.7’s Catherine Welch’s interview with both of the winners to find out what it’s like to win the Jimmy. Click on the audio player above!