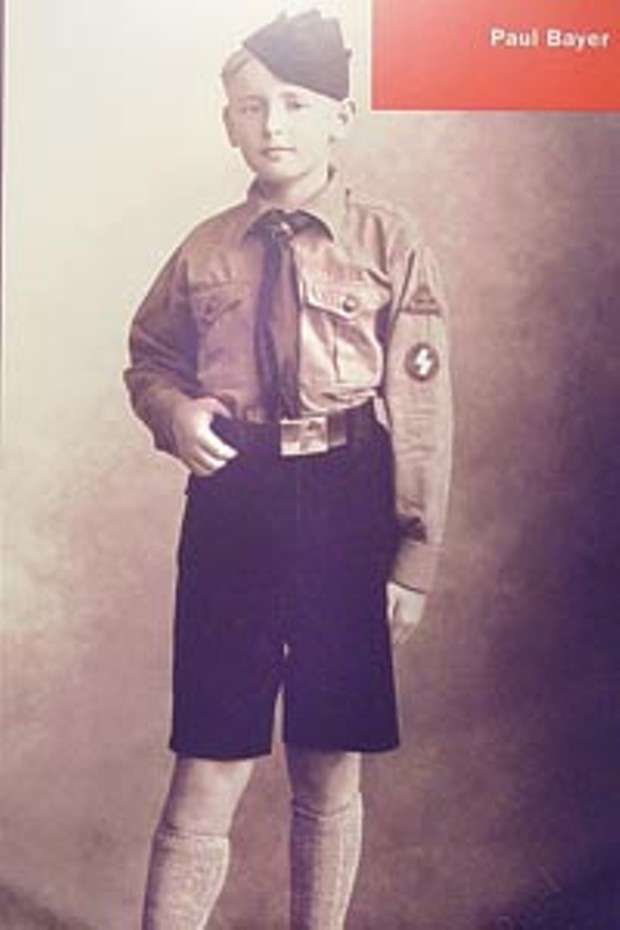 Image: Paul Bayer, who was inducted into the Hitler Youth at age 10 and died at age 17 in Nuremberg, valenciacollege.edu

An exhibit documenting both the rise of the Hitler Youth and the indoctrination of one boy, Paul Bayer, who was inducted at age 10 and by 17 was ordered to man an anti-aircraft position in Nuremberg which eventually ended in his death is the topic of The Short Life of Hitler Youth Paul B. The exhibit runs Saturday 8 to 3 at Valencia College Lake Nona Campus.

The fictional account of a couple who has come to Lockerbie, Scotland, to honor the anniversary of their son’s death aboard Pan Am Flight 103, destroyed by a terrorist bombing in 1988, is the focus of the play “Women of Lockerbie” running tonight at 8, Saturday at 8 and Sunday at 4 at Rollins College Annie Russell Theatre. Go to rollins.edu/annie.

Special art performances, art exhibits and art activities are taking place all weekend in downtown Winter Park called Weekend of the Arts. Go to cityofwinterpark.org. And if you go, be sure to stop into New General Store for a great coffee and a large collection of random awesome designed “stuff” ranging from carefully designed clothing, toiletries, kitchenware and plants.

And finally open Instagram, search the hashtag Orlando is wonderful and see for yourself thousands of reasons why… Orlando is Wonderful!