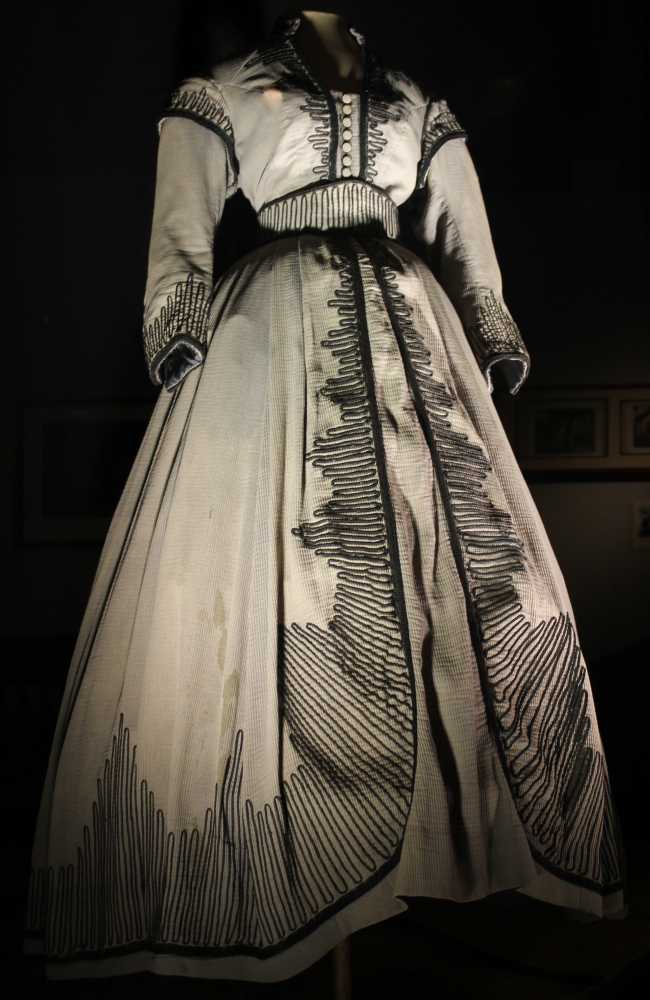 The 1939 film “Gone With the Wind” is not only a box office record-setter, it has also maintained a beloved and sometimes controversial presence in American culture. Its influence in pop culture is clear as well – for instance, you probably know how to complete the phrase, “Frankly, my dear…”

A new exhibition at the Orange County Regional History Center celebrates the 75th anniversary of “Gone With the Wind” with memorabilia including costumes, props, screen tests, and more. Visitors can opt for an audio tour voiced by collection owner James Tumblin, the former head of hair and makeup for Universal’s movie studio.

The History Center’s Kimberlee Riley gave 90.7’s Nicole Creston a tour of the “Gone With the Wind: Reel to Real” exhibit, starting with a famous dress (top photo) worn by Vivian Leigh as “Scarlett” in the film.

Additional programming accompanies the “Gone with the Wind” exhibit, including both a themed trivia night and a panel discussion examining the film’s stereotypes within the broader influence of media in pop culture.