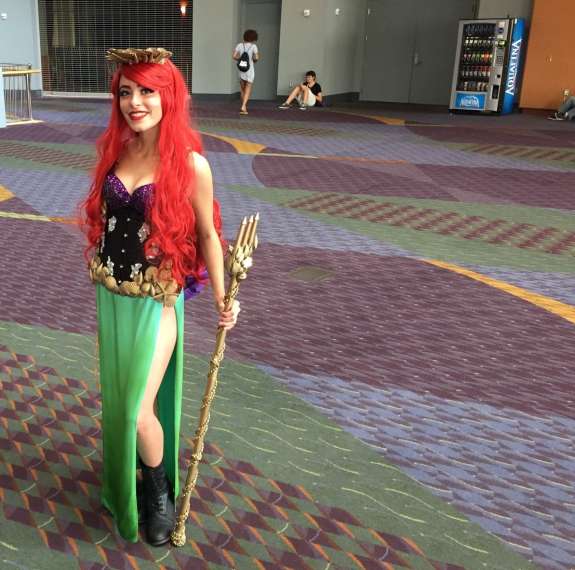 Thousands of people are getting their geek on at the Orange County Convention Center for this year’s GeekyCon. This weekend’s event bills itself as a place to get the nerdy fun of a ComicCon with the excitement and community experience of South by Southwest.

Attendee Aalexis Garcia was dressed as “warrior Ariel,” with long, bright red hair, a black corset, a crown and a trident made of shells.

“At first I was going to do steam punk Ariel and then I liked the idea of a warrior one instead, like independent, strong Ariel. She can kick somebody’s butt; she doesn’t need a prince,” said Garcia.

There’s also a big literary focus at GeekyCon, formerly known as LeakyCon, with plenty of new and established authors for people to meet and talk to about their favorite books.

Friday is officially “Geek Day” in Orange County. Mayor Teresa Jacobs declared it so. Melissa Anelli is an organizer of the event.

“It’s pretty great because whenever an official organization grants legitimacy to something with a day like that it says you’re not weird, you’re awesome actually and we like you and welcome home, and that’s the message of the whole convention,” said Anelli.