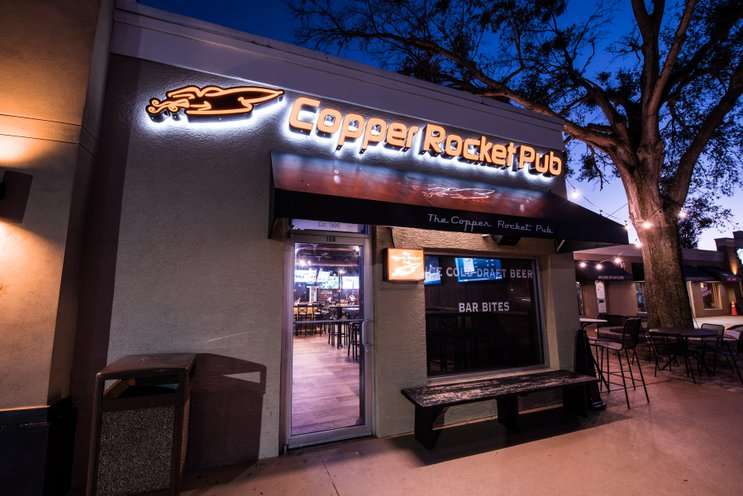 Does anyone remember when the former owner of Copper Rocket bar went on a tirade and fought with his fans and detractors on Facebook and then deleted it all? Well if not, you can read the entire ridiculous thing on thedailycity.com. We screen-shot the whole thing.

That owner also was chosen to be on a reality show in which a bar expert comes into a bar, addresses the interior design and problem employees (and owners!) and fixes everything. Even though he had that help, for reasons I admittedly do not know, he sold the bar to one of the owners behind Foxtail Coffee.

This “Foxtail Coffee presents the new and improved Copper Rocket” version won’t be a coffee bar though. It’ll remain a full liquor bar. And besides, Foxtail already has enough new locations announced and one I discovered that they will neither confirm nor deny the plans for: inside the Wells Fargo building in the North Quarter.

I got the tip from an employee and happened to meet at another coffee sandwich and desert shop: The Glass Knife. I go there to blog and be around rich women with $2,000 handbags and face-lifts to match.

At the grand re-opening of “Foxtail Coffee presents the new Copper Rocket”, you can be the first to check out its redesigned interior, upgraded bar, added beer taps, new kitchen and more than 35 new televisions. Maybe they’ll consider doing viewing parties for RuPaul’s Drag Race All Stars Season 3! I’ll ask. If they neither confirm nor deny you’ll hear it first… from me… The grand re-opening is Saturday at 11am.

Editor’s Note: The headline and copy have been changed to note that one of the owners of Foxtail Coffee, and not all of them, have purchased the Copper Rocket.